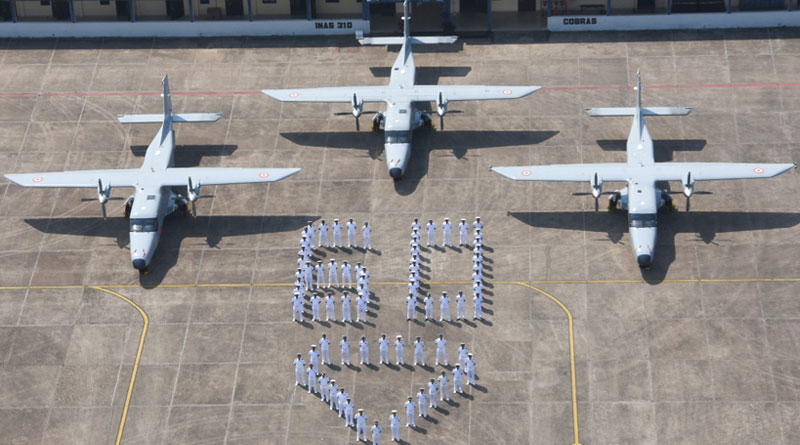 INAS 310 has rendered yeoman service to the nation in numerous operations since 1961 and continues to carry out daily surveillance operations over the coastline. The squadron operated the carrier borne Alize aircraft until 1991 and subsequently migrated to the shore based Dornier-228 aircraft.

A press statement from the Indian Navy stated, “In the last one year, amidst the COVID-19 pandemic,  flying across the length and breadth of the nation, the aircraft of the squadron have delivered critical medical supplies, COVID test kits and transported medical teams and samples, clocking close to 1000 sorties.”