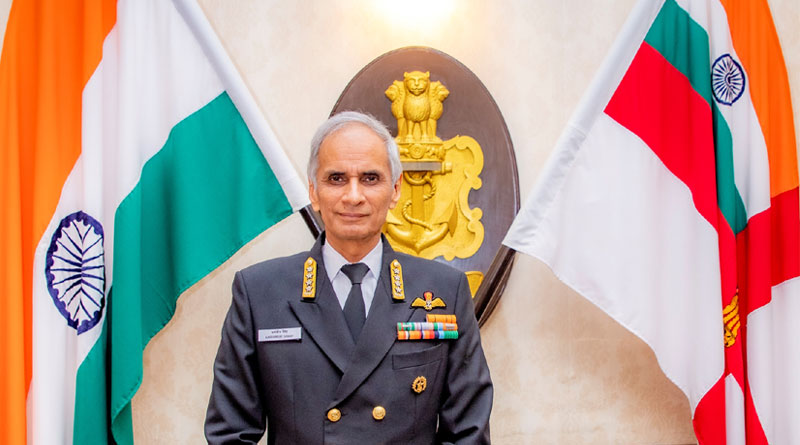 Keeping with the tradition, the Indian Navy chief Admiral Karambir Singh addressed a press conference on the eve of the Navy day, which is celebrated on 4 December.

Admiral Singh said that the Navy was working in ‘close coordination with the Army and the Air Force’. He revealed that China’s attempts at the Line of Actual Control and the Covid-19 pandemic had ‘significantly increased the complexities in the security situation’. He said that the Navy was prepared to face these challenges.

The P-8I maritime surveillance aircraft and the Heron UAV were deployed by the Navy on the northern bases at a time when Chinese and Indian forces are clashing in Ladakh. India has leased two MQ-9B Sea Guardian drones from the US.

The Navy chief said a third aircraft carrier was a necessity and that the Navy is committed to acquiring it. “Air Operations are integral to naval operations. Air power at sea is required here and now. The Navy is all about reach and sustenance.”


He added that if India wanted to be a 5-trillion USD economy, it will have to go outwards. “The Navy does not want to be tethered to the shore. For that, aircraft carriers are absolutely essential,” he said. Talking of the multi-role carrier-based fighters to replace the existing MiG-29 Ks, the chief said that the Navy was closely working with the Defence Research and Development Organisation (DRDO) on a multi-role carrier-based combat jet. The aircraft may be inducted by 2023, he said.

He also said that the P75I-class submarine programme was on track, with the Navy having identified vendors and partners to build six submarines.

The Navy chief said that the force was looking to acquire an anti-drone equipment, the Smash-2000 rifles to thwart drone attacks from the enemy. On indigenization, he said that 24 surface vessels and submarines that joined the service in the past six years were built in India. Under construction within the country are 41 vessels, presently that will be inducted in future.