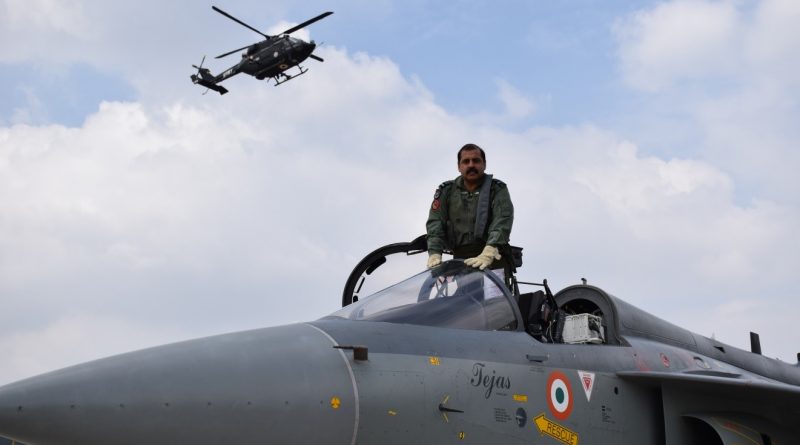 Suvarna Raju, CMD-HAL thanked the AOC-in-C for reposing the faith on this advanced and indigenous combat aircraft.

The induction and operationalization of the indigenous fighter jet Light Combat Aircraft-Tejas received a major boost with Air Marshal RKS Bhadauria, Air Officer Commanding-in-Chief of the Southern Air Command undertaking a solo flight for 30 minutes from HAL Airport in Bengaluru on November 14. T. Suvarna Raju, CMD-HAL thanked the AOC-in-C for reposing the faith on this advanced and indigenous combat aircraft.

HAL has established the aircraft assembly line including second production line for LCA to meet the operational requirements of the IAF.  Currently, HAL has the production capacity of 8 LCAs per annum and is ramping up the capacity to 16.  The ramping-up cost is shared equally by HAL and IAF/Navy.  Major sub-assembly such as front, centre and rear fuselages and wings have been outsourced to the private players.  The 45 Squadron of the IAF “The Flying Daggers” was the first squadron to be equipped with LCA-Tejas in July last year.

The Squadron which is expected to move to its permanent location at Sulur, near Coimbatore, next year is presently involved in training of Air and Ground Crew, formulation of procedures and realization of the operational potential of the aircraft. Apart from its participation in the Republic Day and Air Force Day fly-pasts, the squadron has also undertaken detachments at operational bases to test the weapon capability of this agile aircraft.