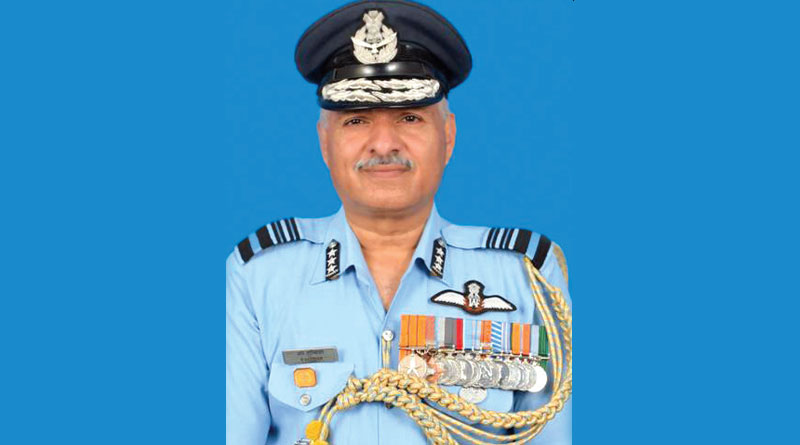 Air Marshal Raghunath Nambiar took over as Air Officer Commanding-in-Chief of Western Air Command, Indian Air Force on March 1. All the Principal Staff Officers (PSOs) of the Western Air Command along with spouses were present on the occasion. The Air Marshal is an alumnus of National Defence Academy, Khadakvasla. He was commissioned in the Flying Branch of Indian Air Force as a Fighter Pilot on 11 June 1981.

The Air Marshal reviewed a ceremonial Guard of Honour and outlined his vision for the Western Air Command. He exhorted all personnel to work with zeal and enthusiasm to enable Western Air Command to fulfil the objectives of the IAF and the nation at large.

The Air Marshal is an experimental test pilot and has flown about 42 types of aircraft. He has the distinction of having the highest number of flying hours to his credit on Mirage-2000 in the IAF, with over 2300 flying hours on the aircraft and a total of 5100 hours of flying experience. He is a member of the Society of Experimental Test Pilots and was the project test pilot for the Light Combat Aircraft ‘Tejas’.

Air Marshal Nambiar was awarded Vayu Sena Medal for Gallantry by President of India for his prominent role in the Kargil Operations. He was awarded a Bar to the Vayu Sena Medal for flight testing the Light Combat Aircraft (LCA) in 2002 during its first phase of flight. He was commended by the Chief of Air Staff in 1991 and C-in-C of strategic force command in 2005. He was conferred Ati Vishisht Seva Medal in 2015 and Param Vishisht Seva Medal on 26 Jan 2019.

In a separate ceremony, Luxmi Nambiar also assumed the charge of President, Air Force Wives Welfare Association (AFWWA) – Regional. The ceremony was witnessed by all the Executive Members of AFWWA (Regional).