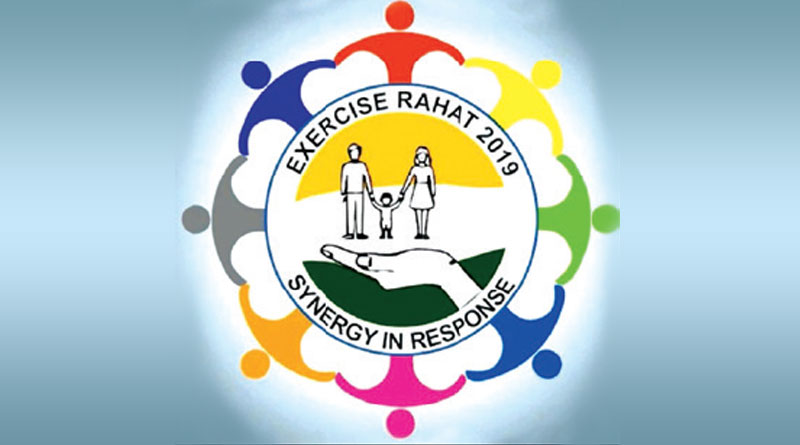 Disaster Risk Reduction has a pivotal role in supporting adaptation to climate change as well as sustained development. Jaipur-based Sapta Shakti Command conducted a joint Humanitarian Assistance and Disaster Relief (HADR) exercise, exercise Rahat on behalf of the army over a period of two days on February 11-12. The joint exercise in coordination with NDMA was conducted to synergise efforts for HADR operations. Representatives from armed forces, National Disaster Management Response Mechanism (NDMRM), SDMA Rajasthan and DLMAs participated in the exercise.


As a prelude to the exercise, a curtain raiser was organised at Jaipur military station on February 4, during which GOC-in-C Sapta Shakti Command, Lieutenant General Cherish Mathson while interacting with the media informed the modalities of conduct of the exercise. The exercise was conducted simultaneously in three places, beginning at Jaipur in the form of a table top exercise and at Kota and Alwar wherein on-ground capability and coordination amongst various stakeholders was demonstrated.