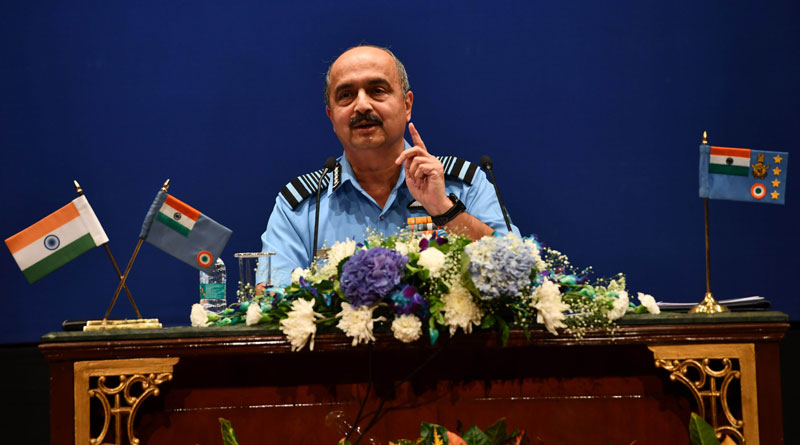 During the annual press conference ahead of the Indian Air Force Day in October, Air Chief Marshal Vivek Ram Chaudhari spoke to the media on several issues regarding the force.

The Air Chief said that the IAF was on the verge of procuring six Light Utility Helicopters from HAL to replace the aging Cheetah and Chetak fleet. Chetak fleet procured in 1960s and 1970s. All the three forces have repeatedly raised alarm regarding these helicopters after a series of crashes having taken place over the years.

He said, “The past few years have been unprecedented on many counts and those series of events have brought forth several unique security challenges. An uncertain and rapidly changing geopolitical environment makes it incumbent for all components of our national security architecture to be ready to respond proactively. The disruptive nature of new technology along with access to low-cost options for recognising them presents an entirely new battle space. It expands well beyond the traditional domains of land, sea, and air.”

Regarding the IAF’s 114 multi role combat aircraft, Air Marshal Chaudhari said that he couldn’t say in a definite manner whether the Rafale would be a ‘lead contender’, even as, he said that the IAF was ‘very happy with the Rafale’.

Regarding the recent incident at the Air Force Administrative College (AFAC) in Coimbatore, where a 28-year-old woman had accused a fellow IAF officer of rape and had alleged that the IAF had subjected her to the outlawed two-finger test, the Air Chief said that the incident was “misreported”. He said, ““I can assure you that the IAF law is very strict on any such incident. The two-finger test conducted on a woman officer is misreported. No two-finger test was done. He added, “We’re well aware of the rules and all due action would be taken.”