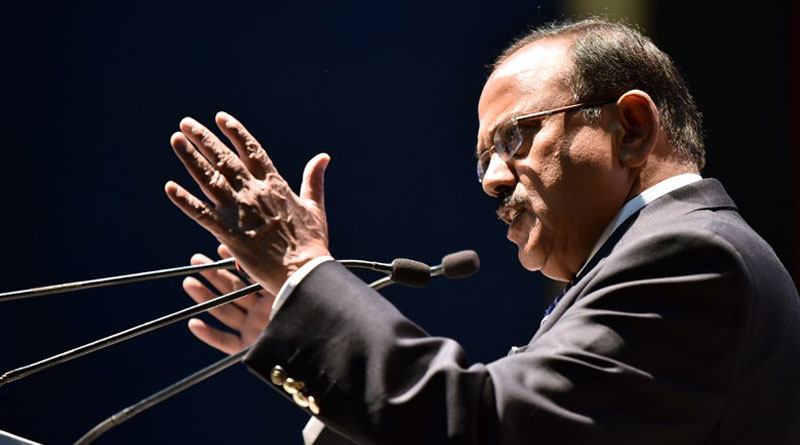 The NSA also dwelled upon the role of technology in the policing domain, acknowledging that technology is an enabler

Detangling the intricacies of law and order, National Security Adviser Ajit Doval in measured and calibrated words stated that a law is as good as it is executed on the ground and likened the failure of enforcement of laws to the failure of democracy.

“Essence of democracy does not lie in ballot box. Ballot box elects people for the legislature, not for the executives. They take executive functions but essentially, it is a legislative assembly or Parliament. It is for the legislative body and what is a legislative body? It makes law. So, Law making is the most sacrosanct job in the democracy. And you (cops) are the enforcers of that law. If you fail to enforce laws, democracy fails. A law is as good as it is executed on the ground,” said NSA Doval while addressing 3rd Young Superintendents of Police Conference in Gurugram

The two-day 3rd Young Superintendents of Police Conference and Police Expo-2020, organised by FICCI in partnership with Haryana Police and Bureau of Police Research and Development (BPR&D), concluded on 6 March 2020.

Laying emphasis on the significance of credibility as an important trait for cops, the 1968-batch IPS officer said, “In a democracy, it is extremely important to be totally dedicated to the law. You should be doing things fairly and objectively and it is also important that you are seen as credible.” “You should disabuse the people from the impression that police are only there to serve the privileged,” he added.


The NSA also dwelled upon the role of technology in the policing domain, acknowledging that technology is an enabler. “When you induct technology, you are adding to your enablement,” he said. His views were endorsed by Chief Minister of Haryana Manohar Lal Khattar who was the chief guest of plenary session on day two of the mega expo.

Pitching for the SMART policing, the Haryana CM said, “Technology in policing can be more apparent and transparent than human interface. We are in the age of Artificial Intelligence (AI) where challenges related to cybercrimes are increasing manifold that needs to be addressed and countered. In this direction we have established two cyber police stations at Gurugram and Panchkula. We want police to be friendly with the public because we believe that the first apparent face of the government is police.”

FICCI Homeland Security Committee’s Chair Rahul Chaudhry highlighted FICCI’s role in bridging the gap between technology and policing saying, “Security integration with national development is the most important dimensions. AI and Internet of Things (IOT) are most crucial things for security purposes.”