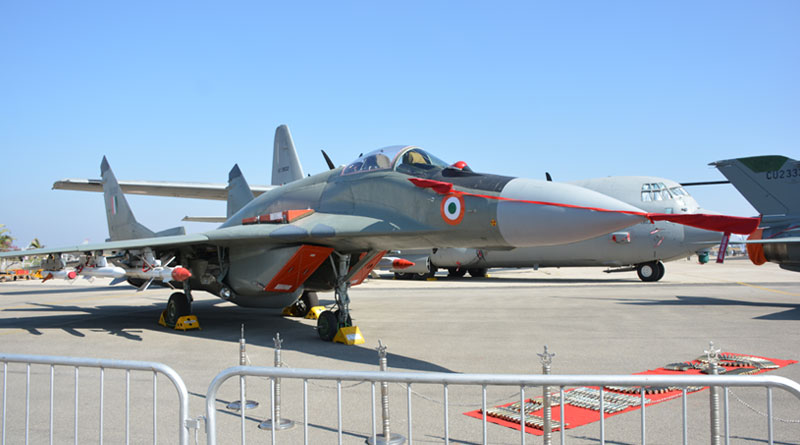 India may buy 21 MiG-29s which were manufactured in the eighties and have been in storage since then because of the Russian Air Force’s inability to purchase them due to paucity in funds.

For years now the Indian Air Force has been grappling with the problem of dwindling numbers of aircraft in its fighter fleet. India had initially purchased 70 MiG-29s from the erstwhile Soviet Union starting in 1986, off which 62 still remain in service.

More than half of the MiG-29s in the Indian inventory have undergone upgrades to the UPG version. The UPG version is tailor-made to accommodate foreign avionics while the Russian equivalent – SMT version exclusively features only Russian avionics.

Both the SMT and the UPG versions are easily distinguishable and have an enlarged ‘hump’ on the back to accommodate more fuel. Besides the Indian MiG-29s have also been modified to be capable of deploying the R-77RVV-AE (Adder) air-to-air missile. The Indian UPG version also has the powerful Zhuk-ME and new engines.


Also, the Indian Navy too operates the MiG-29k variant of the aircraft providing commonality between the IAF and the Naval Air Arm.

The IAF had recently sent a team to inspect these 21 aircraft skeletons in Russia and they reported back saying the skeletons were in ‘good’ condition. This move is being accelerated as the IAF is in the process of retiring many MiG-21 and MiG-27 squadrons from active service. The IAF has seen its squadron strength fall to 31 squadrons while the requirements state 42 squadrons.

It still remains to be seen how these 21 aircraft are going to be rewired to accommodate the latest radar and avionics. The whole process might end up being a costly process but considering the fact that India is in dire need of fighters, it just might be the right move.