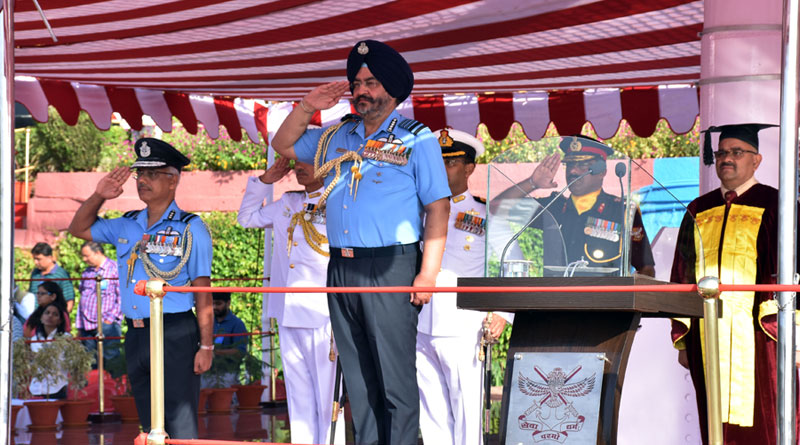 Air Chief Marshal BS Dhanoa PVSM AVSM YSM VM ADC, Chief of the Air Staff was the Reviewing Officer for the Passing Out Parade of 136th Course at the National Defence Academy, Khadakwasla, on May 30.

A total of 291 cadets graduated from the Academy as they passed through the portals of the prestigious Khetrapal Parade Ground. This included 218 Army cadets, 34 Navy cadets and 39 Air Force cadets. 15 cadets from the friendly foreign countries namely Afghanistan, Bhutan, Tajikistan, Maldives, Vietnam, Sri Lanka and Papua New Guinea also passed out from the academy.


Chief of Air the Staff reviewed the parade and addressed the Passing out Course cadets wherein he complimented the cadets for their exceptional drill movements and impeccable turn out. He congratulated the parents and cadets of the Passing out Course. He also mentioned the pride he felt in reviewing the Parade and made a special mention of the award winners.

‘Kilo’ Squadron bagged the prestigious ‘Chiefs of Staff Banner’, for being the Champion Squadron which was presented during the parade.