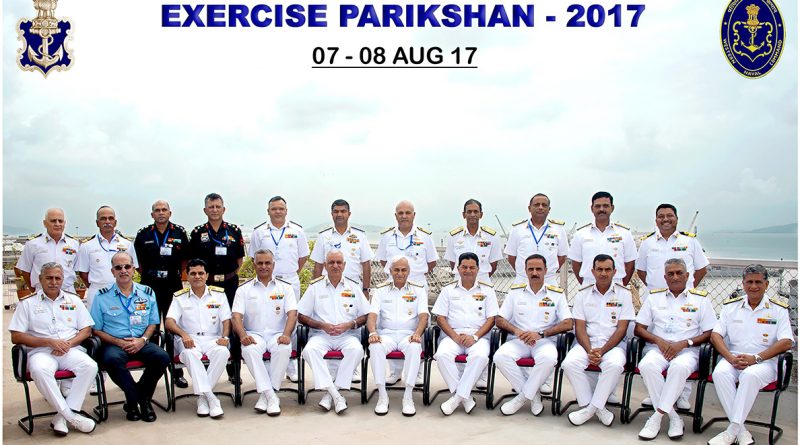 The Western Naval Command conducted an operational level table top Tri-Service wargame titled Exercise PARIKSHAN from August 7-9 2017. The exercise included participation of Operational and Area Commanders, as also teams from the Eastern Naval Command. Representatives from Naval Headquarters, and operational commands of the Army and Air Force in the region also participated in the wargame, for a Tri-Service perspective.

The wargame was undertaken after Exercise AARAMBH, which was conducted by the Western Naval Command in end of July 2017, to test preparatory actions for combat readiness of all organisations and units.