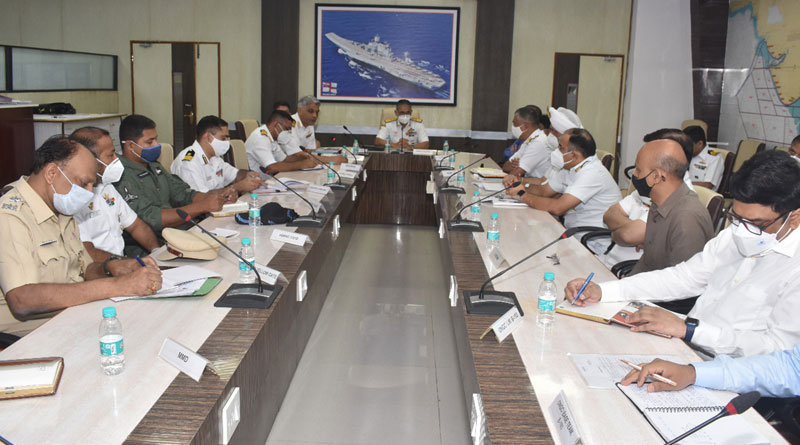 An offshore security exercise, ‘Prasthan’ was conducted in the Offshore Development Area (ODA) off Mumbai on 23 March 2022, under the aegis of Headquarters, Western Naval Command. Conducted every six months, this exercise is an important element of ensuring offshore security and aims to integrate efforts of all maritime stakeholders involved in offshore defence.

The exercise was conducted on the B-193 platform of ONGC located about 38 nm west of Mumbai.

Contingencies such as terrorist intrusion, bomb explosion, casualty evacuation, search and rescue, man overboard, major fire, oil spill and mass evacuation were exercised. Earlier, on 17 March 2022, loss of control of an OSV that necessitated towing by an Emergency Towing Vessel was also exercised. The exercise provided all stakeholders a realistic experience to assess their readiness to respond and combat contingencies in the Western ODA, as also to operate together in a coordinated and synergised manner.

“The exercise met all its intended objectives,” said the Indian Navy in a statement.