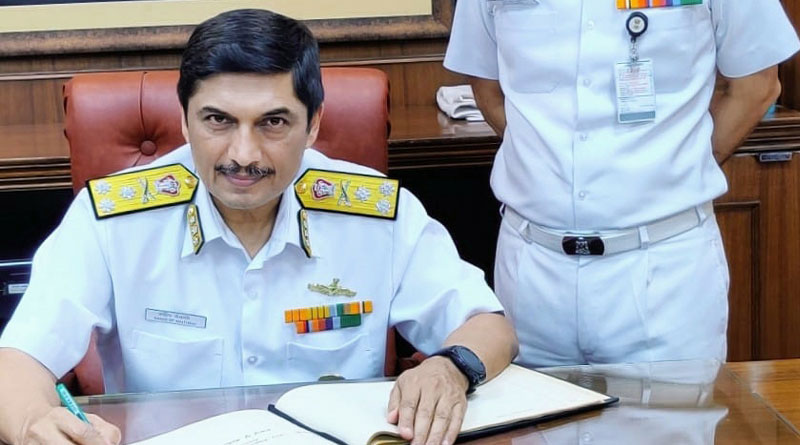 Vice Admiral Sandeep Naithani AVSM, VSM assumed charge as the Chief of Materiel on 1 June. As a Principal Staff Officer and the senior most technical officer in the Indian Navy, the Admiral would be in charge of all aspects related to maintenance management and life-cycle product support of all engineering, electrical, electronics, weapons, sensors and IT-related equipment and systems for ships and submarines, issues related to indigenisation of naval equipment and creation of major marine and technical infrastructure.

A graduate of the National Defence Academy, Khadakwasla, Pune, he was commissioned into the Electrical Branch of the Indian Navy on 1 January 1985. The Admiral is a postgraduate in Radar and Communication Engineering from IIT Delhi, a distinguished alumnus of the Defence Services Staff College (DSSC) and the National Defence College (NDC).

According to the navy press statement, ‘The Admiral has held various challenging appointments during his illustrious naval career spanning over three and a half decades. The officer has served on board the aircraft carrier Viraat in various capacities. He has tenanted important appointments in Naval Dockyards at Mumbai and Visakhapatnam and in the staff, personnel and materiel branches of Naval Headquarters. The Admiral has also commanded the premier electrical training establishment of the Navy, INS Valsura.’