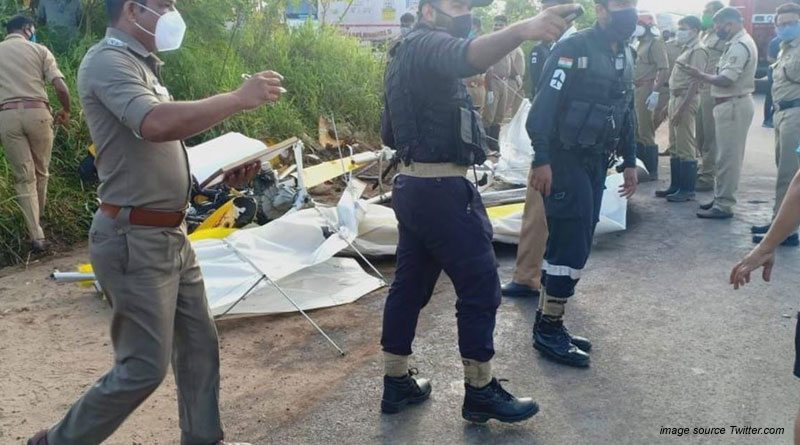 Two naval officers lost their lives when the power glider on a routine training sortie crashed on Sunday morning, October 4.

The crash happened at around 7 am near Thoppumpady bridge in Kochi after taking off from INS Garuda, a naval air station there.


The deceased crew members were identified as Lt Rajeev Jha and Petty officer (Electrical Air) Sunil Kumar. They were pulled out from the wreckage and rushed to the Naval hospital INHS Sanjivani where they were declared brought dead.

Lt Jha belonged to Dehradun while Kumar came from Bihar. A board of inquiry has been ordered into the incident by Southern Naval Command.