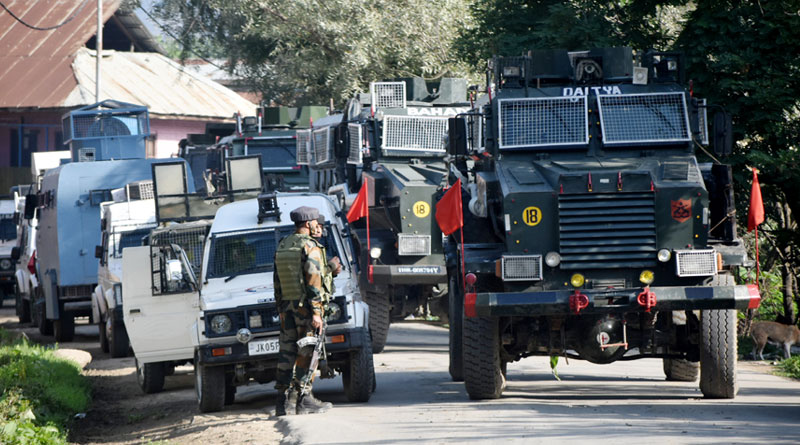 Security forces along with the J&K police launched a cordon-and-search operation at Warpora village in Sopore in North Kashmir’s Baramulla district on July 23. Two militants came to be killed during a gunfight between militants and security forces.

The police stated that they had information regarding presence of two to three militants in the area. This incident is the second such to take place in the same week. An official told PTI, “During the house-to-house search, the location of the terrorists was established, and they were asked to surrender. However, they refused the offer.” The official added that the search operation turned into an encounter after the militants started firing towards the positions of the security forces, which was retaliated.

Earlier in the week, top Lashkar-e-Taiba commander Ishfaq Ahmad Dar, who deserted the ranks of Jammu and Kashmir Police four years ago, was among the two militants killed in south Kashmir’s Shopian district. Security forces have killed 83 militants in the valley since January 2021.