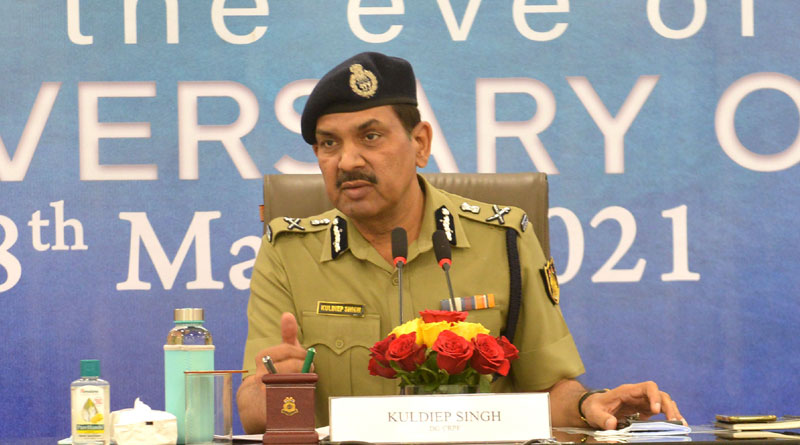 The newly appointed Director General (DG), Central Reserve Police Force (CRPF), Kuldiep Singh at a press interaction said that a total of 725 companies of the force will be stationed in West Bengal for the upcoming assembly elections, each company comprising of 72 personnel.

He added that until now, 13 persons had been extended security cover under different categories in the poll-bound state.

Speaking of J&K, Singh stated that from the beginning of 2020, a total of 226 terrorists were killed and 296 were apprehended by the security forces. He stated that the instances of stone-pelting had ‘drastically’ come down. Regarding sticky bombs, that can be attached to vehicles and detonated remotely, he said that these were found and seized by the security personnel during raids but no case of them being attached to vehicles had come to the fore as yet. In the valley, 378 arms and 41 IEDs had been recovered.

In the Left-Wing Extremist areas, Singh stated that a total of 37 Maoists were killed, 710 apprehended and 448 surrendered. The number of IEDs recovered stood at 710.