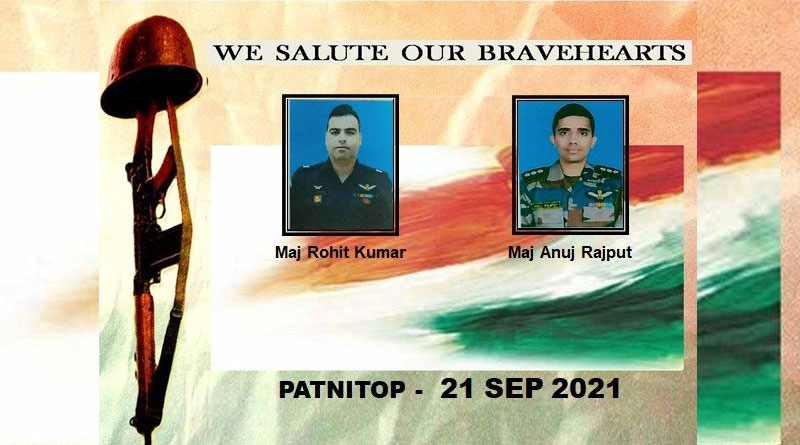 Two pilots succumbed to injuries during a training sortie when the Army’s Cheetah helicopter that they were travelling in crash landed near the Patnitop area in Udhampur district of Jammu and Kashmir, on Tuesday.

Soon after the crash, the pilots were taken to the Command hospital in Udhampur, where they breathed their last.

The Ministry of Defence, Udhampur stated in a Tweet, “Maj Rohit Kumar and Maj Anuj Rajput will live in our hearts forever. We Salute them and extend deepest condolences to the aggrieved families.”

The helicopter had taken off from Nagrota, the headquarters of 16 Corps.