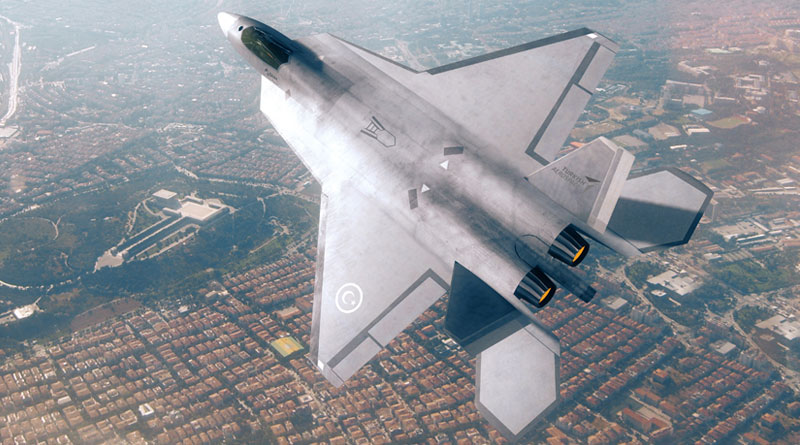 Turkish Aerospace will display for the first time the one-to-one mock-up of the Turkish Fighter at the International Paris Air show at Le Bourget.

An important and historical development of Turkey will be witnessed at one of the world’s largest aerospace fair shows in Paris. The one-to-one mock-up of the Turkish Fighter Project, initiated to meet the needs of Turkish Armed Force, which is the prime contractor of Turkish Aerospace, will be shown to the public for the first time in Paris. Thus, Turkey will demonstrate once again its infrastructure, technologies and abilities to produce 5th generation jet aircraft which is therefore considered invaluable to a leading power like the USA, Russia and China.


In accordance with the main objectives of the Turkish Aerospace, by increasing the design, production and certification of the jet aircraft, all domestic and national resources will be put into action.

Turkish Fighter, which will be displayed for the first time at the world’s largest fair – the International Paris Air show, along with other products of Turkish Aerospace will attract attention.

Regarding the first showcase of Turkish Fighter the President and CEO of Turkish Aerospace Prof. Temel Kotil said: “We moved Turkey’s most important project, which we conduct the pride, to the higher point. We will do what few countries worldwide do. For the first time we will exhibit Turkish Fighter in Paris in order to show our capabilities. Thus, Turkey will demonstrate that there is no difference from other countries from the point of view of technological infrastructure.  As Turkish Aerospace we aspire to fulfil Turkey’s first achievements in disciplined and concentrated ways. In order to realize the mentioned goals, we will continue to grow our company and to build our army of engineers. I am waiting for all our qualified engineers who say “Let be my share as well for my country’’. Turkish Aerospace has opened its doors for you. We look forward to your determination, patience and work”.

Turkish Aerospace, is one of the largest and most important defence and aerospace companies in Turkey.