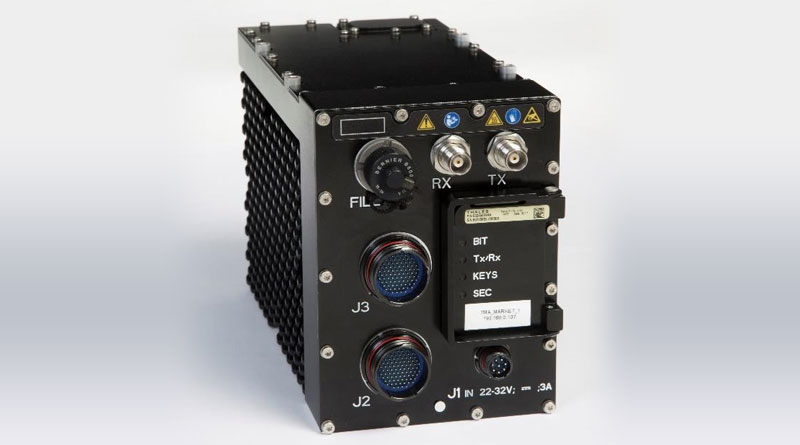 In late 2021, Thales’s TMA 6000 datalink terminal was certified compliant with Implementation 2 of the NATO standard STANAG 7085 by the French defence procurement agency (DGA), following the completion of successful testing. The TMA 6000 had already been certified compliant with STANAG 7085 Implementation 1 (Common Data Link) by the US Joint Interoperability Test Command (JITC) in late 2014. The new certification makes the TMA 6000 the first, and so far, only, datalink terminal to comply with both implementations of STANAG 7085.

In air combat and allied operations, increasingly large volumes of data need to be shared, more securely and rapidly than ever, among allied users. The TMA 6000 is a high-data-rate line-of-sight (LOS) datalink terminal operating in the NATO Ku band. Combined with an antenna system and amplifier, it transmits real-time data gathered by sensors on board aircraft (video streams and images as well as radar and electromagnetic data) to ground or naval stations hundreds of kilometres away.

The TMA 6000 is in service on a wide range of high-value aircraft and naval vessels, including combat aircraft (such as the Rafale), special-mission aircraft (ALSR2), helicopters, combat UAVs, MALE UAVs, tactical UAVs, aircraft carriers and frigates.

“Thales’s TMA 6000 has been tested in extreme environments and meets the highest military standards. It is the world’s most reliable field-proven data communication system for large platforms. Backed by more than twenty years of engineering work across three generations of products, the TMA 6000 offers an extremely reliable and robust European datalink solution. With dual compliance, it is ready to meet the most demanding requirements of the platforms of tomorrow,” Head of development for TMA and micro-TMA datalink terminals, Thales, Bruno Kerjean.