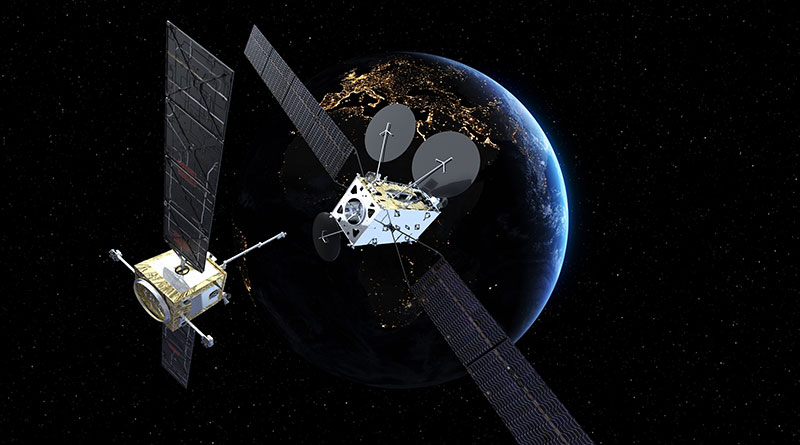 Thales Alenia Space has been chosen by the European Commission to lead EROSSIOD, a programme dedicated to On-Orbit Servicing.

With the growing number of satellites circling the Earth and the easier access to space to answer the needs of the global population, from geolocation to connectivity, through weather forecasts and environment monitoring, Thales Alenia Space is devising smart On-Orbit Servicing missions to directly manage satellites while they are operating in space. The goal is to extend satellite lifetimes while also limiting space debris to enable better management of the current and future space assets. On-Orbit Servicing vehicles represent a real paradigm shift since future space systems will be able to undergo maintenance and upgrades even in orbit. By introducing unrivalled system scalability and flexibility, they will be a real game changer. Satellites as we know can therefore be designed in a completely new way.

Thales Alenia Space is a European leader in On-Orbit Servicing, a new approach to space exploration based on smarter and more innovative missions that contribute to a more sustainable space as reflected in Thales Alenia Space’s “Space for Life” vision.

This EROSS IOD program is under Grant Agreement Preparation and is expected to start in January 2023.

The first phase kicked off in 2016 with Integrated 3D Sensors (I3DS), a project designed to develop a suite of sensors for robotic missions involving a rendezvous in space with another vehicle or object. The second phase was EROSS in 2019, which used ground tests to validate the technologies required for On-Orbit Servicing operations. Thales Alenia Space won Etoiles de l’Europe awards from the French Ministry of Higher Education, Research & Innovation for both these projects.

For the third and last phase, which started in 2021, the EROSS+ project is gearing up for an in-orbit demonstration through the preliminary design stage and maturation of the key building blocks. The recently selected EROSS IOD project builds on his experience to develop a one-of-a-kind European mission.