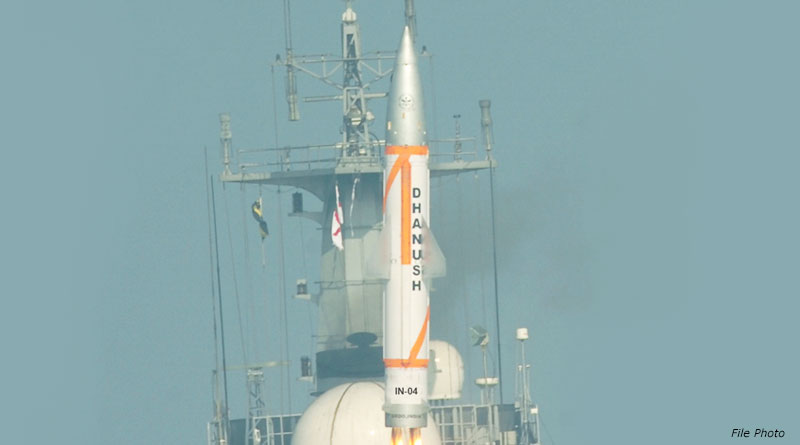 The single-stage, liquid-propelled missile has already been inducted and is part of the Integrated Guided Missile Development Programme.

India successfully test fired the surface-to-surface ballistic missile ‘Dhanush’ with a strike range of 350 kms from a naval ship off the Odisha coast on February 23. It’s a naval variant of the indigenously-developed ‘Prithvi’ missile.

Media outlets quoting their sources have said that the ship was positioned near Paradip in the Bay of Bengal when it fired the missile which is capable of carrying a payload of 500 kg and hitting both land and sea-based targets.

The trial was carried out by the Strategic Force Command (SFC). The single-stage, liquid-propelled missile has already been inducted and is one of the five missiles developed by the DRDO under the Integrated Guided Missile Development Programme (IGMDP).