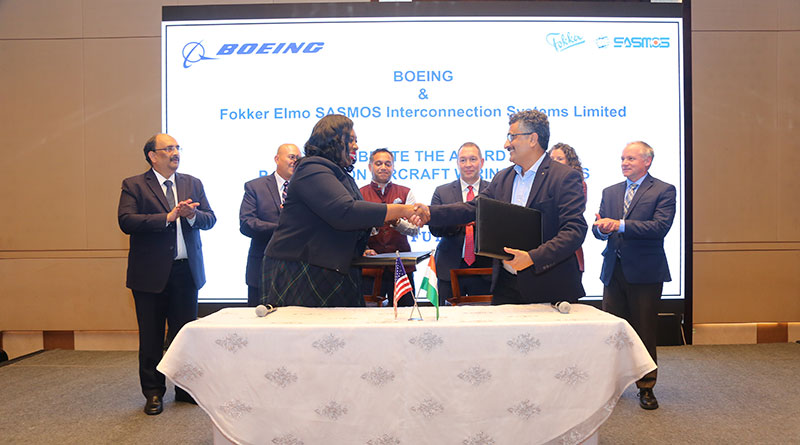 Today, SASMOS JV has won the contract from Boeing to provide more than 6600 wiring harnesses for the next batch of 16 P-8A Poseidon aircraft. Fokker Elmo SASMOS Interconnection Systems Limited (FE-SIL), a joint venture between Fokker Elmo and SASMOS, has been manufacturing Electrical Wiring Interconnection Systems for the aerospace industry since 2016, including wire harnesses for P-8A and P-8I.

A wiring harness is an assembly of electrical wires and connection elements which transmit signals or electrical power throughout an aircraft. It includes an engine, fuselage, landing gear, wing, and a host of other functions. In short, it behaves like a nervous system for the aircraft and plays a vital role in communications, and power transmission thus ensuring the proper functioning of mission-critical systems.

On this occasion, Chairman & Managing Director, SASMOS HET Technologies Limited, H G Chandrashekar said, “The Boeing P-8A Poseidon aircraft contract stands as a prestigious acknowledgement of SASMOS, our commitment to quality, design excellence and cutting-edge solutions, by the global aerospace and defence sector. We feel immensely proud to be a part of this deal and excited to showcase the best of our solutions in the project to achieve the finest performance and enhance productivity.”

The Boeing P-8 is an American maritime patrol and reconnaissance aircraft developed and produced by Boeing Defence, Space and Security. A formidable part of the Indian Navy’s fleet, the P-8 is a proven system with 153 aircraft in service that has executed more than 450,000 mishap-free flight hours around the globe. Along with the Indian Navy, the P-8 family includes the U.S. Navy, the United Kingdom’s Royal Air Force, Royal Australian Air Force and Royal Norwegian Air Force. Militaries that have selected the P-8 include the Royal New Zealand Air Force, the Republic of Korea Navy, and the German Navy. The P-8’s performance and reliability deliver confidence in an uncertain world — in any condition, anywhere, anytime.

Talking about the partnership, Senior Director, Supply Chain Management, Boeing India, Ashwani Bhargava said, “Partnership is key to Boeing’s success around the world. Our partnership with SASMOS JV is a testimony of our commitment to building a global supply base, as it brings more value to our customers. We believe that building capabilities indigenously will drive innovation and contribute to the growth of the Indian aerospace and defence industry.”

Known for its consistent performance in quality and delivery, SASMOS has built more than 40,000 harnesses for more than a hundred aircraft.