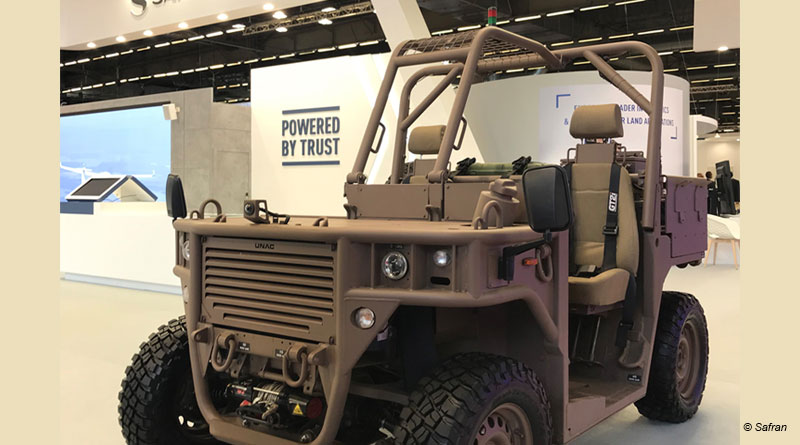 The DGA’s announcement follows successful field trials of the FURIOUS robotic system, carried out by Safran in late 2021 at the French army’s urban combat training centre (Sissone military base) –a key advance culminating in the firm contract phase.

During this phase, participants focused on the modular architecture concept (hardware and software), designed to ensure the autonomous operation of any terrestrial platform, whether crewed or not. Safran Electronics & Defense was able to deploy this architecture on three very different types of platforms included in the FURIOUS system. The optional tranche announced today aims to optimize this architecture and make the autonomous functions developed more robust (tracking passage points, replaying trajectories, monitoring the leader, autonomous target homing, etc.) within more complex and even unstable environments.

It added that the company had proven its credibility through real-world projects such as FURIOUS in France, or its European counterpart, iMugs, financed by the European Defense Fund. Critical building blocks for future programmes could be developed in the short term, based on the operational advantages of autonomous functions in a number of scenarios, the applicability of a judicious incremental approach and a clear convergence towards adaptable modular solutions.

From this viewpoint, the launch of the planned Vulcain robotics unit by the French army, designed to officialise the army’s robotics needs by 2030 was a clear sign for the players involved of the viability of this approach.