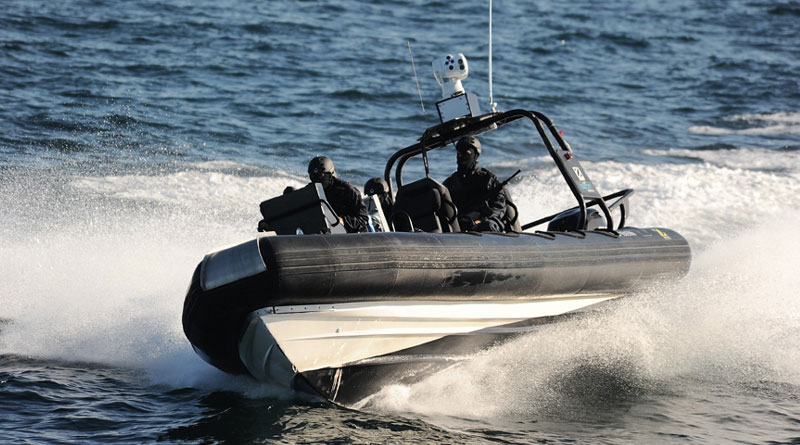 At the SOFINS 2021 Special Forces trade show, Safran Electronics & Defense is introducing the new Geonyx M inertial navigation and pointing system. It joins the Geonyx range for land vehicles, as well as the Argonyx line for large surface ships and Black-Onyx for submarines. Based on the Crystal hemispherical resonator gyro (HRG), Geonyx M incorporates Safran’s latest inertial navigation technologies to enhance performance and integration, while reducing the total cost of ownership. Geonyx M is a compact unit which does not have to be coupled to external sensors and is also highly shock resistant without requiring an external suspension system. It is mainly designed for naval platforms such as fast rescue boats and landing craft, as well as amphibious vehicles. The system determines the carrier’s attitude and position for navigation, positioning and pointing. Drawing on recommendations from the FUSCOL@B* lab and operating feedback, Geonyx M is a versatile and high-performance system. This makes it perfectly suited for use by Special Forces, which are often called on to operate in different environments, even those where satellite navigation signals are jammed or absent.

Safran Electronics & Defense counts on the simplicity and maturity of HRG technology to develop a wide range of compact and ultra-reliable inertial navigation systems, offering performance levels tailored for different applications. These systems are used on both civil and military applications in all different environments: air, sea, land and space. For instance, more than 1,000 HRG-based inertial systems for ships have been produced since their introduction in 2012. The Geonyx inertial system for land applications has already logged more than 300 orders, and has been deployed by 30 customers from around the world since being introduced in 2018.