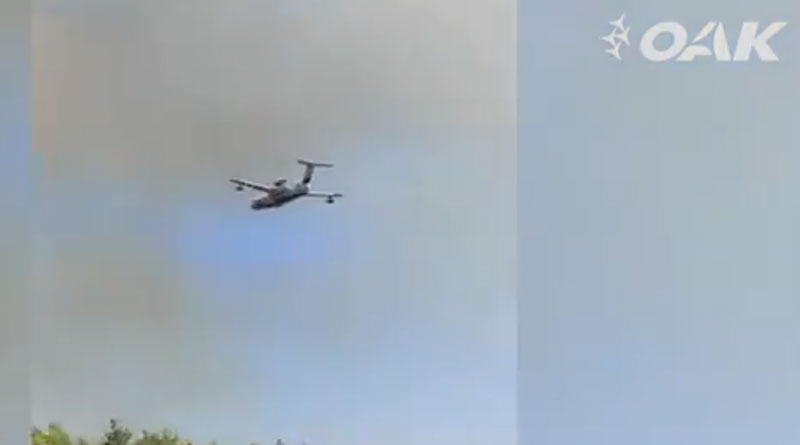 The Russian Be-200ES amphibious aircraft flew more than 200 times for suppressing wild land fires in Turkey, over the past three months. Aircraft with Russian crews onboard have been participating in the firefighting missions at difficult and strategically important places and locations since 16 June.

Two amphibious aircraft manufactured by the PJSC Taganrog Aviation Scientific-Technical Complex n.a. G.M. Beriev (part of PJSC UAC of the State Corporation Rostec) are currently on duty in the vicinity of Antalya, Izmir and Bodrum. Russian aircraft was involved in dousing flames at a fireworks factory near the city of Sakaria.


It took less than two hours for the crews to localize and completely extinguish the fires there. Another major fire – in the Dardanelles Strait – was stopped in less than a day. Due to that fact, it became possible to avoid disruptions in the movement of ships through the strait. The amphibious aircraft dropped over 300 tons of water on the heart of major fires. The flights were carried out together with the observer pilots from the Turkish side. Amphibious aircraft will remain on duty until 15 October.

“Our Be-200ES aircraft completed all the tasks set for firefighting, with more than 4000 tons of water dumped on the burning forest in total. Our crews worked in a difficult fire situation in rugged mountain terrain. Be-200ES filled tanks from the mountain lakes and the open sea, aircraft carried out more than 500 water intakes. The Be-200ES proved themselves as reliable aircraft, highly effective in dousing forest fires,” said the head of the complex brigade of the Beriev Alexander Ternovoy.

“Note that the United Aircraft Corporation organized the signing of the Forest fire-fighting service agreement and the aircraft deployment with the assistance of the Ministry of Industry and Trade and the Emergencies Ministry of the Russian Federation, and the active support of the State Corporation Rostec Representative Office in Ankara. A request for assistance in combating forest fires came from the Ministry of Agriculture and Forestry of the Republic of Turkey,” a press note by the United Aircraft Corporation stated.

The successful operation of the aircraft in real conditions will allow developing further cooperation with Turkish partners and, as well, discussing the prospects for the purchase of Russian Be-200ES amphibious aircraft to renew the fleet of the Turkish fire service.