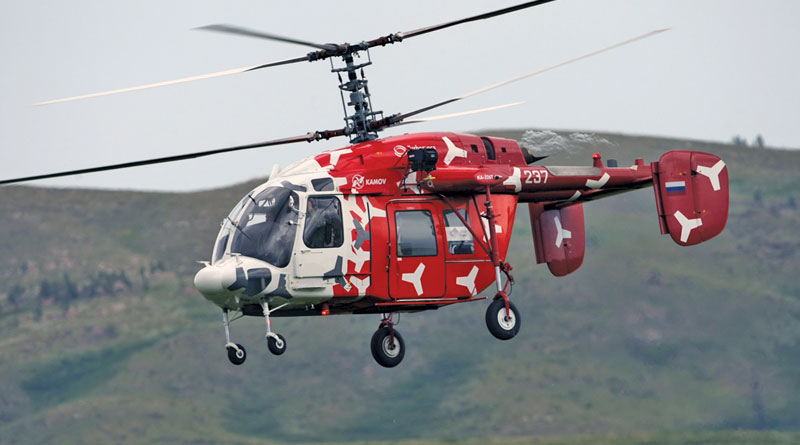 Novikombank, part of Russia’s state corporation Rostec, concluded a number of agreements during the XXIII St. Petersburg International Economic Forum (SPIEF-2019) to finance the holdings of the corporation’s aviation cluster, namely United Engine Corporation (UEC) and Russian Helicopters. Among key target projects were the modern PD-14 and VK-2500 aircraft engines and a number of civilian helicopters, such as the Ansat and Ka-226.

The key objective of the agreements is to provide funding for production of civilian products by the UEC and Russian Helicopters. Novikombank’s total amount of loans to UEC enterprises will reach 35 billion rubles (about USD 540 million). The agreements provide comprehensive financial support for important projects such as the production of PD-14 and SaM146 aircraft engines, TV3-117 and VK-2500 helicopter engines, as well as gas turbine energy units and other equipment.

The strategic partnership agreement between Novikombank and Russian Helicopters covers the delivery, repair and service support of helicopters such as Ka-62, Ka-32, Ka-226, Ansat, Mi-171А2, Mi-171, Mi-38 and other products of the civilian sector. The parties also signed a loan agreement that covers financing to the holding for 5 billion rubles (over USD 75 million).


“The development of civil aviation, helicopter engineering, engine building is one of the key priorities of Rostec. Products such as the PD-14 and VK-2500 engines, Ka-226 and Ansat helicopters, are not only strategically important for our country, but have high potential and interest in foreign markets. This is confirmed by numerous concluded agreements with China, countries of Southeast Asia, the Middle East and others”, pointed out the industrial director of Rostec’s Aviation Cluster, Anatoly Serdyukov.

“Naturally, successful implementation of our projects requires loans and investments. Today’s agreements will contribute to the continuous development of our aviation enterprises,” he said.

Rostec in a statement said it continues to implement the extensive development of its aviation cluster in accordance with the approved strategy, the main objectives of which are the development of civilian products, improvement of operational efficiency and gaining access to global markets until 2025.

Rostec is a Russian State Corporation established in 2007 with the purpose of facilitating the development, manufacture and export of high-tech industrial products for both civil and military purposes. It incorporates over 700 entities that currently form 11 holdings operating in the military-industrial complex and 4 holdings active in civil industries, as well as over 80 directly supervised organisations.