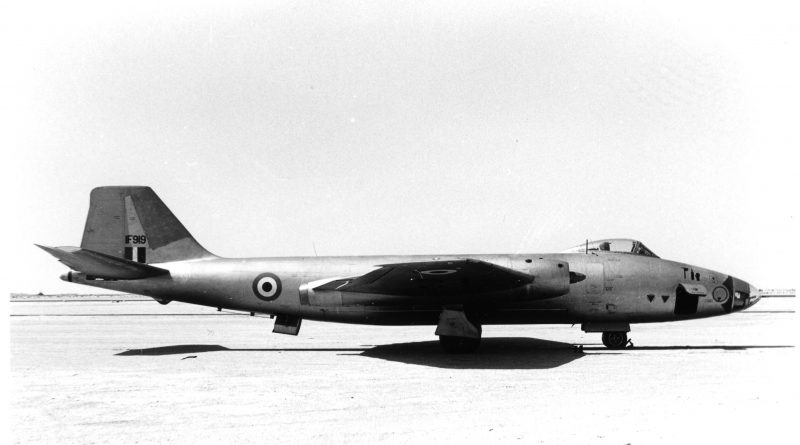 September 1 marks the 60 years of induction of the English Electric Canberra in the Indian Air Force.  It was the first generation Jet Bomber manufactured in large number through the 1950s.  The prototype of Canberra, first flew in May 1949 and in January 1957 the aircraft was selected by the Indian Air Force to equip its bomber and strategic reconnaissance fleet.  The Canberra Jet bomber was first inducted in the IAF in No. 5 Squadron (Tuskers) at Agra on 01 September 2017.

When political turmoil broke out in Belgian Congo in 1961, UNO requested India for strike aircraft.  Within five years of serving the IAF, on 09 October 1961, under the command of Wing Commander AIK Suares Vir Chakra, six Canberra aircraft of No 5 Squadron took off from Agra for Leopoldville, over 6000 km away to join the United Nations’ Multinational Force in the Congo.  This was the first ever-Indian fighter-bomber contingent to take part in UN operations.  The offensive operation in Congo earned the Squadron two Vir Chakras, one Vayu Sena Medal and five Vishisht Seva Medals.

The Canberras took part in all major operations including the liberation of Goa in 1961, the 1965 and 1971 Indo-Pak wars, 1987 Op Pawan in Sri Lanka, 1988 Op Cactus in Maldives and 1999 Kargil war. On 18 December 1961, Canberras of No 16 and 35 Sqn bombed the Dabolim airport forcing Portuguese forces to surrender.  The Canberra last saw action in the Kargil war in 1999 where it flew recce missions, during one of the missions one aircraft’s engine was hit by a missile.  The sturdy Canberra could survive the enemy’s missile attack and landed safely with all vital information.  During its service, Canberra provided invaluable photo reconnaissance inputs of enemy territory during wars and peace time operations, resulting in accurate and effective operations.  After 50 years of glorious service to the Nation on 11 May 2007 at Air Force Station Agra, the IAF bid adieu to its legendry old war horse.

11 thoughts on “Remembering a Retired Warhorse”