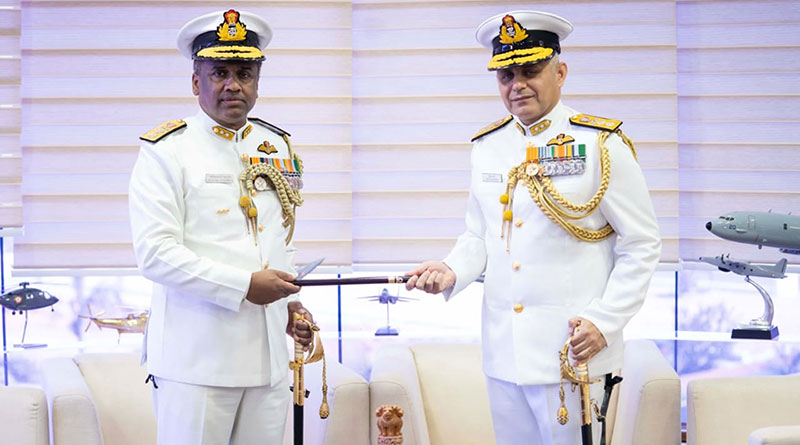 Rear Admiral Menon is an alumnus of the National Defence Academy and the Naval War College and was commissioned into the Indian Navy on 1 January 1990. An experienced fighter pilot and Qualified Flying Instructor with over 2000 hours of flying experience, he has flown the Sea Harrier aircraft extensively from INS Viraat. He also served as the Senior Pilot of INAS 300 and commanded INAS 552. He was awarded the Vishist Seva Medal in 2018 while commanding INS Hansa, a premier air station of the Indian Navy. His afloat tenures include command of Fast Attack Craft INS Tillanchang, Offshore Patrol Vessel INS Sharda and the Fleet Tanker INS Shakti. He has also served as Executive Officer of the guided-missile destroyer INS Ranvijay.