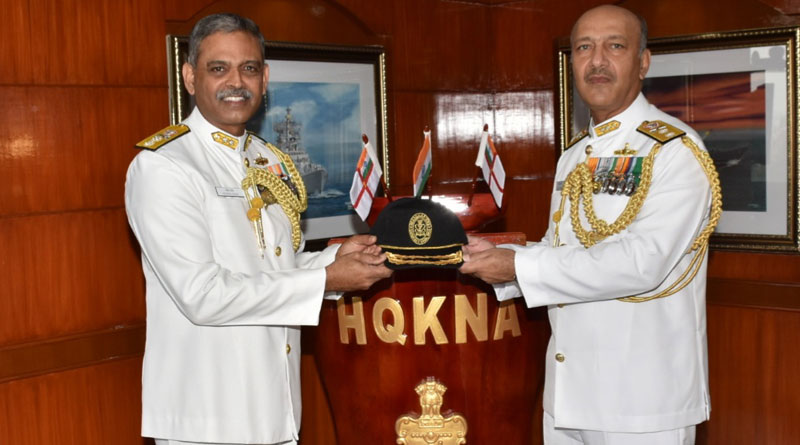 Rear Admiral Anand was commissioned on 1 January 1988 into the Executive branch of the Indian Navy. He is an alumnus of the National Defence Academy, Khadakvasla, the Defence Services Command and Staff College, Mirpur (Bangladesh), and the National Defence College, New Delhi. He has also attended the prestigious Advance Security Cooperation Course at the Asia Pacific Centre for Security Studies, Hawaii, USA. His educational qualifications include an MPhil and MSc in Defence and Strategic Studies, Masters in Defence Studies and a BSc degree.

A recipient of the Vishisht Seva Medal, he has held several key appointments in his naval career including the command of torpedo recovery vessel IN TRV A72, missile boat INS Chatak, corvette INS Khukri and the destroyer INS Mumbai. He also served as the Navigating Officer of IN ships Sharda, Ranvijay and Jyoti, and was the Direction Officer of the Sea Harrier squadron INAS 300 and the Executive Officer of the destroyer INS Delhi. His important staff appointments include Joint Director Staff Requirements, Directing Staff at the Defence Services Staff College, Wellington, Director Naval Operations and Director Naval Intelligence (Ops). He had also served as the Principal Director Naval Operations and the Principal Director Strategy, Concepts and Transformation at Integrated Headquarters of the Ministry of Defence (Navy). As a Flag Officer, he has served as Assistant Chief of Naval Staff (Foreign Cooperation and Intelligence) and Deputy Commandant and Chief Instructor at the National Defence Academy, Khadakvasla.

He was appointed Flag Officer Commanding Maharashtra Naval Area on 22 February 2021 prior to taking up his present assignment.