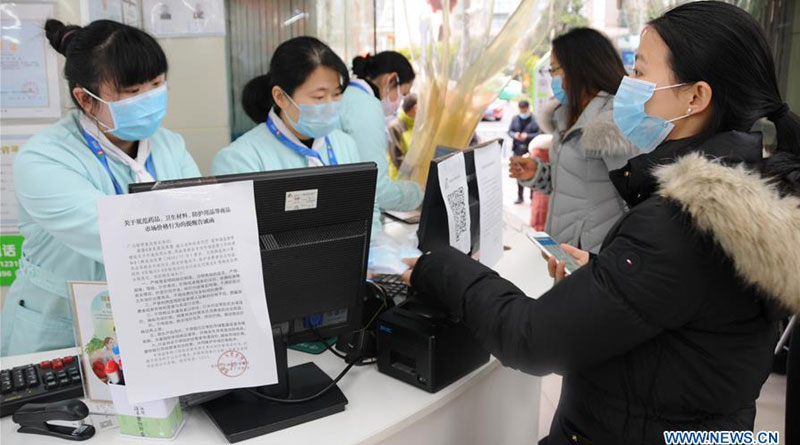 The 2020 Chinese New Year saw an outbreak of pneumonia caused by the novel coronavirus (2019-nCoV) in Wuhan, Hubei Province. The outbreak soon threatened other parts of China and affected a number of countries and regions. On January 30, the World Health Organization (WHO) declared the novel coronavirus outbreak to be a Public Health Emergency of International Concern (PHEIC). The impact of the epidemic on the economies of China and the whole world began to draw a lot of attention. Taking various factors into consideration and comparing the impact of the present crisis with that of the 2003 SARS (severe acute respiratory syndrome) outbreak on the economy, my preliminary estimation is that  the epidemic will have an obvious impact on the Chinese economy in the first quarter of 2020 but have a limited impact on the whole year.

First, with the experience and lessons from the 2003 SARS outbreak, in-time prevention and control efforts are more resolute and effective this time. The time of the novel coronavirus outbreak was similar to that of the 2003 SARS epidemic. For both outbreaks, the virus began to spread in January, with the first case reported at the end of the previous year. However, in 2003, it took a relatively long time for governments at all levels in China to respond to and address the SARS epidemic. Plagued with poor diagnostic capabilities and limited prevention and control efforts, the epidemic resulted in a comparatively high fatality rate and lasted for around six months. In contrast, thanks to the lessons learned from the 2003 SARS outbreak, governments at all levels in China responded quickly during the novel coronavirus outbreak this year. With greatly improved diagnostic capabilities and more effective prevention and control efforts, the epidemic saw a lower fatality rate and may last for a much shorter period. It is estimated that the epidemic will be effectively contained in the first quarter of 2020, and its impact on the Chinese economy may mainly exist in the first quarter.

Second, if China can win the fight against the novel coronavirus in the first quarter of 2020, China’s economy is expected to rebound in the second quarter. By 2003, when the SARS epidemic broke out, it had been less than two years since China’s admission into the World Trade Organization (WTO). At that time, China’s economy was in an upward phase, and the international trade and investment environment was relatively favorable. Back then, China hadn’t yet to measure its economic indicators by quarter. In 2003, China’s actual economic growth rate reached 10 percent, one percentage point higher than that of 2002. For this reason, the impact of the SARS epidemic on the economy didn’t draw much attention. In 2020, China’s economy is facing increasing downward pressure. Although China and the United States have  reached an agreement on a phase-one trade deal, the international trade and investment environment remains quite complex. Despite the policy support of the “Six Stabilities” (which means work must be done to stabilize employment, finance, foreign trade, foreign capital, investment, and expectations), the adverse impact of the novel coronavirus epidemic on China’s economy may be significant in the first quarter of 2020, especially on traditional service industries such as transportation, tourism, shopping, catering, accommodation, sports and entertainment. However, if the epidemic can be completely contained in the first quarter of 2020, China’s economy will likely rebound in the second quarter.


Third, the core area of the novel coronavirus outbreak only makes up a limited proportion in China’s economy. During the 2003 SARS outbreak, Guangdong, Beijing, Shanxi, Inner Mongolia, Hebei, Tianjin, Hong Kong, and Taiwan were the hardest-hit areas. Among these areas, the economic aggregate of Guangdong, Beijing, Shanxi, Inner Mongolia, Hebei and Tianjin accounted for more than 20 percent of the country’s total economic output. The core area of the novel coronavirus outbreak lies in Wuhan and its neighboring areas in Hubei Province. In 2019, the total economic volume of Hubei Province only accounted for 4.65 percent of the country’s total. Thus, the economic fluctuations in Hubei may only have a limited impact on the national economy. However, the epidemic has greatly affected the flow of people and transportation across the country. Besides, since many provinces, municipalities and autonomous regions extended public holidays to prevent the spread of the virus, local economies will be affected.

However, to understand the impact of the novel coronavirus outbreak on China’s economy and the world, we must attach importance to the public panic, market fluctuations, and scientific prevention and control of the epidemic at the same time. Efforts must be made to minimize the adverse impact of the coronavirus outbreak on China’s economy, to ensure the health and safety of people, and to guarantee the successful completion of the 13th Five-Year Plan (2016-2020).

First, scientific prevention and control of the epidemic must be strengthened. The focus of the work for the first half of 2020 remains epidemic prevention and control. We can never adopt a casual attitude and must make sure that the situation is stable. It is necessary to mobilize the whole society, ensure governments at all levels take due responsibilities, and strengthen coordination among different departments, regions, communities, and social organizations. An effective mechanism for quarantine and isolation as well as epidemic prevention and control should be formed. Supplies of medical and epidemic prevention products and infrastructure should be increased as soon as possible. Research and production of medicine for infected patients should be enhanced. In one word, we should make all-out efforts to wipe out the epidemic in the first quarter of 2020 and to minimize its adverse impact.

Second, we must increase effective supply and stabilize prices. The coronavirus outbreak happened during the Chinese New Year period. Most factories and some shops were closed for the festival. Besides, due to public panic in some areas, the prices of some food and epidemic prevention supplies soared. Some merchants took the opportunity to hike prices and disrupt the market order. Therefore, strict measures must be taken to crack down on price gouging, to restore and increase effective supply as soon as possible, and to ensure price stability on the market, so as to create good conditions for winning the battle against the epidemic.

Third, we must attach importance to development quality rather than development speed. To some extent, the coronavirus outbreak, a public health emergency, shows that leaders in some places have over-emphasized development speed and neglected development quality and public health and safety. Recently, some people again clamored for “maintaining a 6-percent economic growth rate,” which confuses people’s minds and reflects a rigid thinking inertia. Since 2016, the Chinese government has made high-quality development its core goal, and more attention has been paid to enhance people’s satisfaction and their sense of gain. We must realize that the fundamentals of China’s long-term economic improvement have not changed. The quarterly or yearly economic fluctuations are laws of economics. Instead of worrying fluctuations in economic indicators, we should maintain confidence in our strategies.

Last, we must continue to drive reform, opening up and innovation to a higher level. Since the 18th National Congress of the Communist Party of China (CPC) in 2012, reform and opening up have been the core drivers for China’s sustainable and healthy economic development. To win the “three critical battles” – forestalling and defusing major risks, targeted poverty alleviation, and pollution prevention and control – which were highlighted at the 19th CPC National Congress, we must rely on reform and opening up. Addressing the China-U.S. trade friction also depends on reform and opening up. We must unwaveringly adhere to the “Six Stabilities” and related supporting policies on reform, opening up and innovation over the past two years. We must firmly focus on our core goal of high-quality development and implement the decisions of the central economic conference held at the end of 2019. By doing so, the 13th Five-Year Plan will be successfully completed, and our goal of completing the building of a moderately prosperous society in all respects and double China’s 2010 GDP and per capita income for both urban and rural residents by the time the CPC celebrates its centenary in 2021 will be achieved.

This content is provided by Beijing-based China-India Dialogue. The author is director of the Trade and Investment Research Office of the Institute for International Economic Research under China’s National Development and Reform Commission.