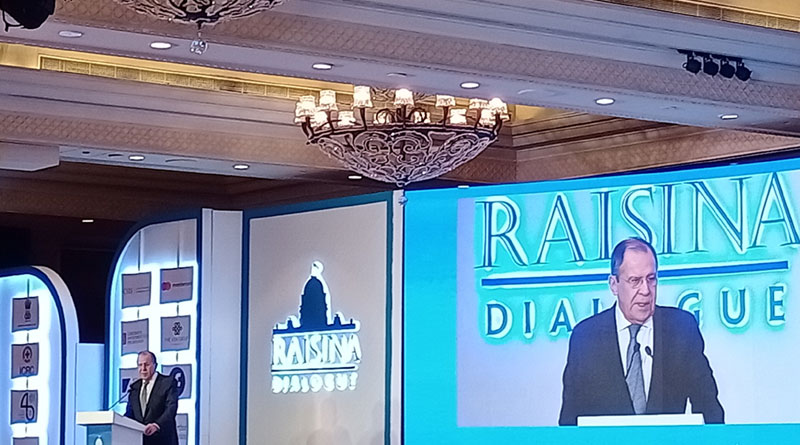 Lashing out at the idea of Indo-Pacific, Russian foreign minister Lavrov says it is initiated to contain China

Speaking at 5th edition of Raisina Dialogue on January 15, Russian foreign minister Sergey Lavrov said that the concept of Indo-Pacific has been initiated to exclude China.

“Why do you need to call Asia-Pacific, Indo-Pacific?” he asked “The answer is evident — to exclude China. Terminology should be unifying, not divisive. Neither Shanghai Cooperation Organisation (SCO) nor BRICS (Brazil-Russia-India-China-South Africa) is exclusionary.”

Underscoring the importance of correct terminology, Lavrov said, “When we asked the initiators how Indo-Pacific is different from Asia Pacific, we were told it is more democratic. We don’t think so. It is rather tricky. We have to be careful about the terminology which looks benign but is not.”


While the Russian foreign minister vociferously voiced his concerns about attempts to reconfigure the region, he did root for India’s seat in the United Nations Security Council (UNSC). “We have repeatedly reiterated our position that India and Brazil along with an African country should be in the UNSC.”

The three-day Raisina Dialogue, a multi-lateral conference, kicked off on January 14 with seven former heads of state/ government sharing their perspectives on challenges faced by the world such as the escalating US-Iran tensions, Afghan peace initiatives and climate change.