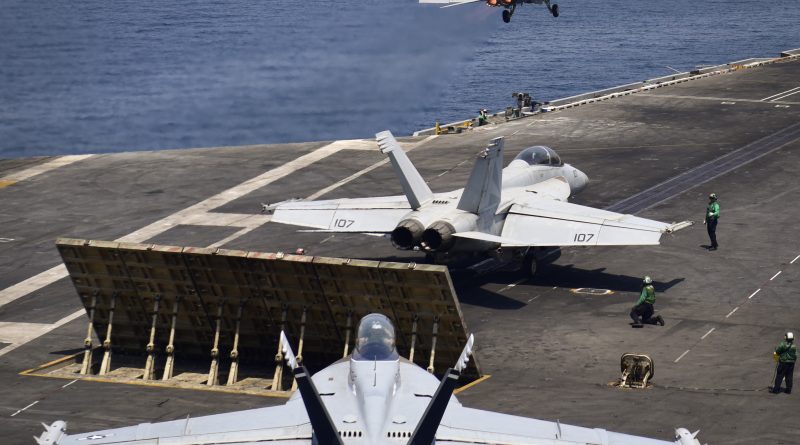 The Nimitz Strike Group’s deployment to the US 5th Fleet area of operations supports Operation Inherent Resolve, a military intervention against the Islamic State of Iraq and Syria from the Arabian Gulf, signals the continued commitment to defeat and destroy ISIS.

“For the Nimitz Strike Group, today is game day,” said Rear Adm. Bill Byrne, commander of CSG-11. “When you hear the roar of the jets today it is for real; it’s game on. Our pilots and aircrew are demonstrating our continued commitment to this region and all of our partner nations.”

Byrne credited the entire crew for the first successful flight operations, and he let them know how important they all are to the operation’s success.

“While it is the aircrews that will be on the very pointy end of our spear, the contribution of everyone is equally important to making this happen,” said Byrne. “Every member of the crew has done their part to ensure we are ready to fight today.”

In addition to anti-ISIS missions, the ship and strike group are conducting maritime security operations to reassure allies and partners, preserve freedom of navigation, and maintain the free flow of commerce.