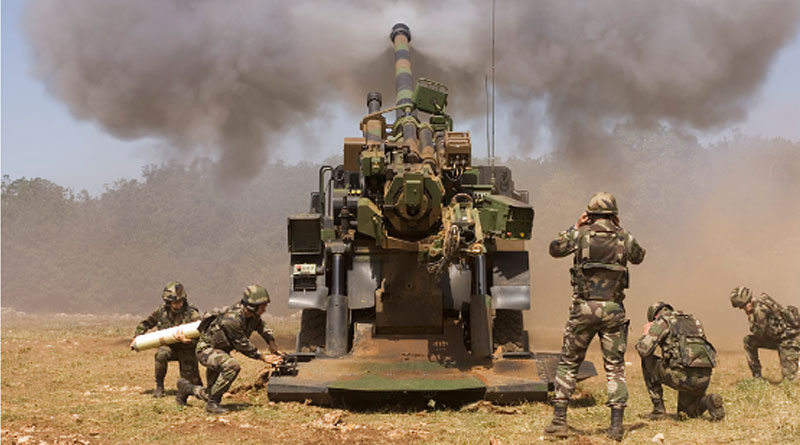 The CAESAR is a 155mm artillery system mounted on a truck chassis. Being the ‘lightest’ in its class, it demonstrates tactical, operational and strategic mobility. It is air transportable in an A400M or even a C130 for the 6×6 MkI version, is suitable for light infrastructure and consumes very little fuel. The CAESAR is a solution for high-intensity combat: it can be loaded and unloaded in less than 45 seconds, fires 6 rounds per minute and replenishes very quickly (18 rounds/minute) in order to maintain its mobility, which is the only effective protection against modern guided munitions.

Its 155mm/52 calibre gun is the only one in the world to be ‘long range proven’ in conditions close to high-intensity combat. It demonstrated this within Task Force Wagram in Iraq from 2016 to 2019 with 18,000 rounds fired in outdoor temperatures close to 50°C. Particularly modular, the CAESAR is available in different versions ordered by 9 countries: the first 6×6 version weighing only 18 tonnes, the CAESAR 8×8 with a higher ammunition payload and reinforced protection, and the 6×6 MkII version with reinforced protection and motorisation recently ordered by France and Belgium.

The CAESAR fires the full range of 155mm 52-calibre ammunition (explosives, flares, smoke) developed and produced by Nexter Arrowtech, as well as modular charges, percussion caps and fuses. The LU 211 shell, used in external theatres of operation, can engage targets in depth up to 40 km. It is also offered with an insensitive explosive charge, which reduces its vulnerability and the risk of accidents throughout its life cycle (storage, transport, use) without affecting its effectiveness.

At Eurosatory 2022, Nexter is revealing the design of the LU 220 explosive shell, which in the future will provide even greater range and terminal effect with a new architecture and greater explosive capacity, while maintaining a high level of precision and safety. Nexter Arrowtech will also be presenting its new “FB 375 Mk2” multimode artillery fuse, an inductive fuse that can be programmed according to the mission, which will complete its range.

Nexter Arrowtech, the leader in artillery ammunition, also offers the BONUS shell, which deals with armoured threats, both static and moving, with a very high level of effectiveness. Initially adopted by the French and Swedish forces, this intelligent shell has also been selected in recent years by several other foreign forces, notably European and American. Finally, Nexter will show at Eurosatory its KATANA shell, a priority development of the group, which will offer its customers the means to treat high-value targets with a level of precision of fewer than 10 metres, including in complex environments.