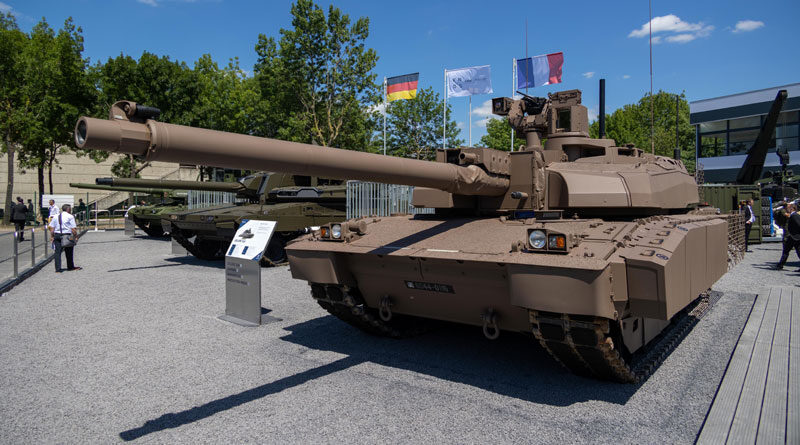 The first objective of this renovation is to integrate the Leclerc main battle tank, known as “XLR”, into the SCORPION collaborative warfare system with a new combat information system (SICS). The XLR is equipped with the CONTACT radio and the vetronics common to SCORPION vehicles. In addition, its protection and aggression capabilities are raised to the highest level, thanks to-


The Leclerc main battle tank has been deployed by the French Army in overseas operations in Lebanon, Estonia and very recently in Romania. Nexter has been maintaining it in operational condition in the Army’s training parks since the implementation of a vertical support contract in 2010.

The Leclerc tank is a third generation 60-ton class tank, manufactured by Nexter in Roanne until July 2008. Its crew is composed of 3 operators: the tank commander, the gunner, and the pilot. It is armed with a 120 mm smoothbore gun and a 12.7 mm coaxial machine gun. 200 Leclerc tanks will be renovated for the Army by 2029.