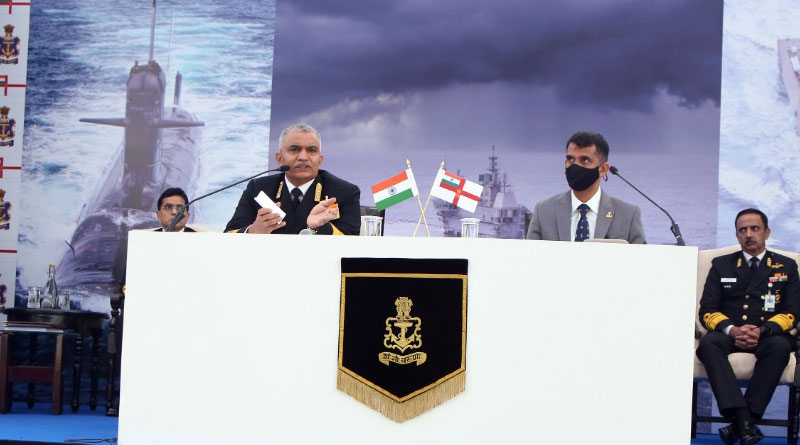 The Chief of Naval Staff, Admiral Hari Kumar, addressing his first press conference in Delhi, said that the situation on the Northern border had added to security challenges for the Navy.

He added that the Navy was forward deployed during the crisis along the Line of Actual Control, and that they were ready for an escalation, if it had come about. “We are looking at a free, open, and rules-based approach to regional security,” he said. He said that the Navy kept a close watch on India’s Chinese presence in the IOR.

He said that the details for maritime command were being worked out and that it will be finalised by mid-2022. He said, “Joining and integration cannot happen in a short time. The thrust for joining is a complicated process, we have done a study. We are in the third stage of war-gaming. We are looking at lean command structure for the theatre commander and charter will be operational.”

On being asked whether Navy needed the third aircraft carrier or were present ships and submarines enough, he said that it is not about ‘either/or’. He added saying that platforms of all kinds are an enhancement to naval power.

He also said that the Navy may review the number of warships that are to be built by 2027. The Navy had earlier said that it will be a 170-ship force by 2027. However, as India falls way behind China, who has a strength of nearly 355 ships, the Chief said that the number could vary.

Admiral Hari Kumar said that the Navy had participated in 22 bilateral and multilateral exercises this year. The scale and complexity of these exercises has also gone up, he said.
Giving a numerical perspective to India’s shipbuilding, the Navy Chief said that 28 ships commissioned into the Navy in the last 7 years had been built in India. And of the 39 ships and submarines under construction, 37 were being built in India.

Regarding the Department of Military Affairs (DMA), he said that it was the biggest reform in the military since creation of the post of Chief of Defence Staff (CDS).