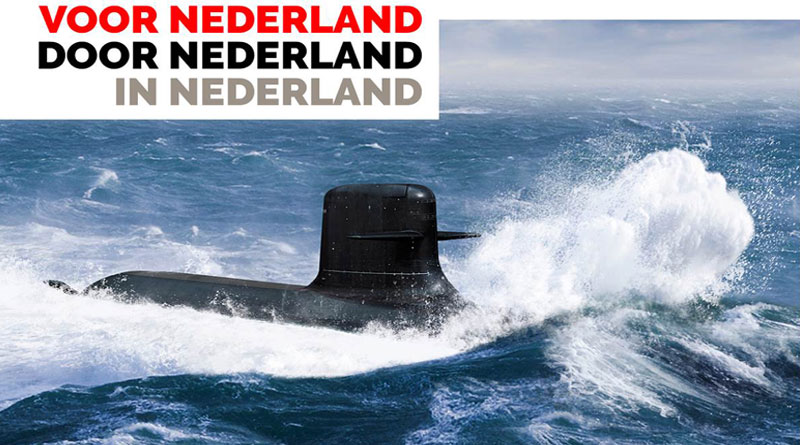 At  the NEDS 2020 online event, held on 18 and 19 November, Naval Group revealed its joint participation with Dutch partners to European research and development projects in key naval areas such as underwater noise reduction, propeller performance, increasing predictability and the deployment of unmanned systems.

A statement from Naval Group said, “Through its participation to several European projects, Naval Group joins strengths with Dutch industrial actors and knowledge centers to build the future of naval defence. These projects bring together key European players in their fields and allow to identify synergies between the know-how of the Dutch DITB and Naval Group expertise.”

Naval Group is taking part in the more than fifty years old Cooperative Research Ships (CRS). This non-profit association has made many significant contributions in the area of shipping and shipbuilding. The ongoing CRS LOWNOISE study (strategies and tools to control and reduce ship underwater radiated noise) intends to address the problem of the reduction and control of Underwater Radiated Noise (URN) from ships, developing knowledge and tools to support both ship design and ship operations. The project’s focus will be on reducing propeller and machinery noise. This project is a platform of exchanges between the main actors of this field: ABB, ABS, BERG Propulsion, Bureau Veritas, CETENA, DAMEN, DNV-GL, DRDC, Lloyd’s Register, MARIN, MTG, Naval Group, Navantia, QinetiQ, Wartsila.

The SATURN consortium brings together leading experts in bioacoustics; population biology; marine mammal, fish and invertebrate biology; maritime architecture and engineering; shipping; maritime policy; stakeholder engagement and science communication. This consortium has three objectives. First, to identify the sounds that are most detrimental to aquatic species and how they are produced and propagated. Furthermore, to analyse the short-term and cumulative long-term negative impacts of noise from shipping and boats on three representative groups of aquatic species in rivers and the sea (invertebrates, fish and marine mammals). Finally, the consortium tries to look for the most promising options for measuring and reducing the negative impacts of ship noise that can be applied to current and future vessels.

SATURN will develop and contribute to the establishment of standards for terminology and methodology to be used across all disciplines working on underwater radiated noise. These standards will underpin the proposed research. The consortium will establish and nurture an effective community of researchers, practitioners, competent authorities, maritime operators, shipping/offshore/naval industries, and NGOs.

Through the COMPROP2 project, the teams are aiming at developing coupled hydrodynamic and structures software to predict the performance of composite materials, called ComPropApp.

CRS PELS (Propeller Efficiency and Loads in Service, 2018-2020) The project deals with the hydrodynamic behaviour and performances of ship propellers, and the associated loads, in off-design conditions: with incident drift, drift and speed variations, immersion variations, waves influence. This is supported by model tests performed by MARIN, while numerical modelling is performed by other partners, including Naval Group/Sirehna.

The project deals with probabilistic/reliability analysis of the ship behaviour and loads in extreme waves. It specifically focuses on the prediction of the occurrences of critical events (screening) with simplified approaches, to be combined afterwards with a more accurate prediction of the loads with higher fidelity models. The Dutch partners involved in this project are MARIN and Damen.

The project focuses on the ship behaviour at low speed and heavy weather or degraded conditions, and on the associated regulatory conditions (safe return to port…). The approach is based on computational fluid dynamics for a better understanding of phenomena, which can then be exploited for the improvement of simpler manoeuvrability modelling tools (MANWAV…).

This workgroup aims at better modelling the ship roll motions, relying on computational fluid dynamics and experimental validation. The modelling of bilge keels is particularly studied.

The goal of this workgroup is a better understanding of hydrodynamic phenomena during ship manoeuvres at low speed, especially for naval ships. The project focuses on the phenomena analysis, on their modelling, and on the validation of the models.

The work group aims at identifying the possible benefits of data science technologies to the maritime domain. SIREHNA (Naval Group subsidiary) is particularly interested in the methodologies investigations, and applications to seakeeping and ship performances management.

Interoperability Standards for Unmanned Armed Forces Systems – aims to create a basis for a future European interoperability standard for military unmanned systems. The technical knowledge and operational experience available in Europe on control, monitoring, and application of unmanned systems will be integrated for the concept definition of a future European cross-industry interoperability standard. This standard will allow unmanned assets to be deployed flexibly in different configurations, such as singular deployment, in manned-unmanned teaming or as autonomous swarms independent of organizational or national provenance. SIREHNA, Naval Group subsidiary will cooperate with Nederlandse Organisatie Voor Toegepast Natuurwetenschappelijk Onderzoek Tno, non-profit organisation for applied scientific research with expert knowledge in Intelligent Autonomous Systems and Stichting Nationaal Lucht- En Ruimtevaartlaboratorium, a non-profit research organisation, specialised in Intelligence, Surveillance, Recognition (ISR) and Space Utilisation (ASIS).