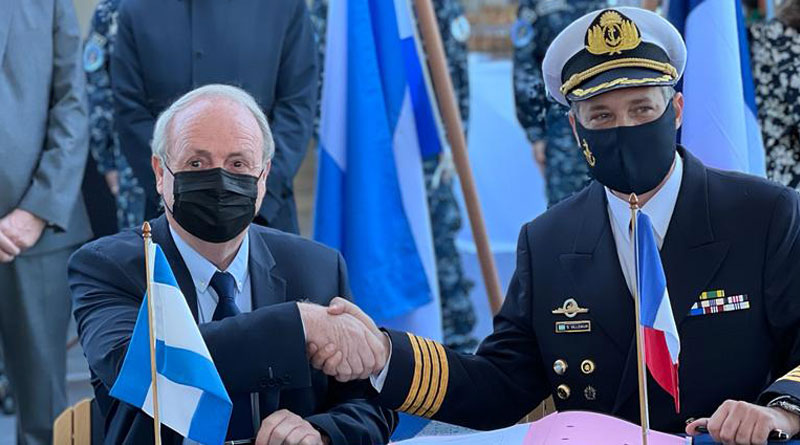 The third of the four Argentinian offshore patrol vessels (OPV) ordered by the Argentine Navy, OPV 87 A.R.A. Storni, was delivered on 13 October 2021 in the presence of Captain Santiago Villemur, representative of the Argentine Navy in France.

A.R.A. Storni was delivered to the Argentine Navy in Concarneau in the presence of Captain Santiago Villemur, representative of the Argentinian Navy in France, who also handed over the commandment of the ship to Commander Óscar Latorre.

This delivery was carried out by teams from Naval Group and Kership, a joint-venture between Piriou and Naval Group. It is part of the contract signed by Naval Group with Argentina in 2019 for the delivery of four multi-mission patrol vessels. A.R.A. Bouchard (former L’Adroit) was delivered in December 2020 and A.R.A Piedrabuena on 13 April 2021.

This third patrol vessel of the series acquired by the Argentine Navy offers the same assets and features as those of the A.R.A. Piedrabuena. Better armed and motorised than the Bouchard, equipped with an active stabilisation system and a bow thruster, it is also Ice proven, i.e. adapted to navigation in the cold waters of Antarctica.

Program Director, Jean-Claude Flandrin said, “The delivery of this third patrol vessel marks a very important milestone for the program, which was achieved on time despite the health crisis that has marked the last two years. The teams are still mobilised to finalize the training of the crew that will leave for Argentina with the vessel. Once the training is completed, we will concentrate our efforts towards the delivery of the last of the series, which was launched last month”.

Sales Director for Latin America, Olivier Michel added, “We are proud of the trust that the Argentine Navy has placed in Naval Group for the supply of these latest-generation multipurpose vessels that will enable the country to carry out its sovereign missions. This delivery is another demonstration of Naval Group’s and its partners’ capacities and commitment towards its customers to respond to their operational needs.” 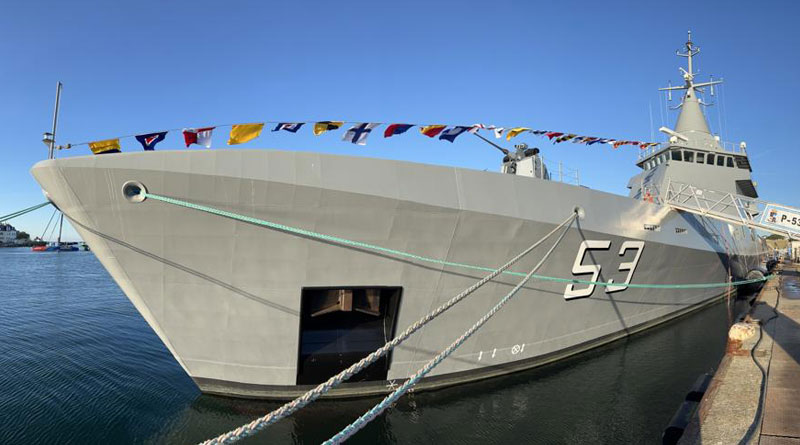 According to a press statement from the Naval Group, “The Argentine offshore patrol vessels benefit from innovations developed by Naval Group and proven by the French Navy, which has operated L’Adroit in several oceans for six years for multiple maritime security operations, alone or in cooperation.” The features of the vessel include:

“This range of ships also benefits from Naval Group’s expertise in information and command systems, allowing for extensive surveillance of the maritime space and the detection of suspicious behaviours. The A.R.A Storni is equipped with the POLARIS® system and NiDL® tactical data link system, specifically developed by Naval Group for state action missions at sea and sea-proven by the French Navy,” the press note added.

According to the Naval Group, the Offshore Patrol Vessel (OPV) can stay on high seas during more than three weeks, to reach a speed of 20 knots and to accommodate a helicopter. Implemented by a reduced crew of 40 members, it is also able to accommodate about twenty extra passengers.