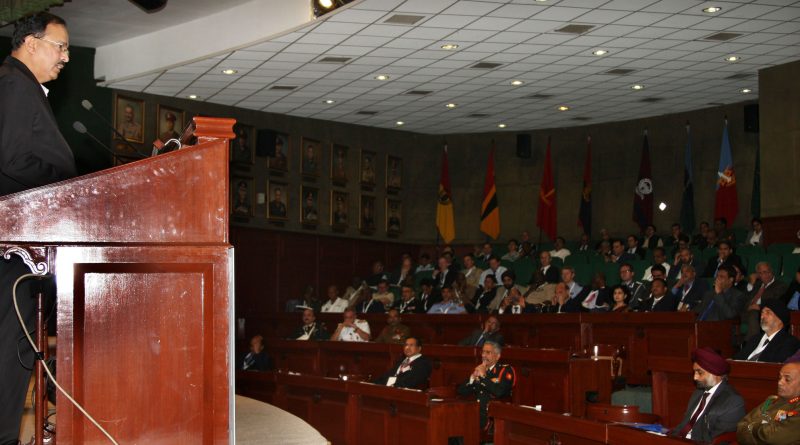 Addressing the defence attaches of around 70 countries, strategic experts, captains of indigenous defence industry and Foreign Original Equipment Manufacturers (OEMs), the minister, according to a statement, said ‘the government has been tirelessly working towards making up for critical shortages of the armed forces over the years and the policies are now designed to make procurement and acquisition of defence platforms both fast and transparent’.

Dr. Bhamre also invoked Indian Prime Minister Narendra Modi’s 2015 statement in which the latter had said that the government was spending tens of billions of dollars on acquisitions from abroad and 20 to 25 per cent reduction in imports could directly create additional jobs in India.

“This is why defence is at the heart of our ‘Make in India’ programme. We have reformed our defence procurement policies and procedures. There is now clear preference for equipment manufactured in India. Our procurement procedures will ensure simplicity, accountability and speedy decision making,” he said.

Dr Bhamre further said that “the ‘Make in India’ programme provides a wide opportunity and the government would like to invite global defence companies to take advantage of India being a huge market while simultaneously sharing their technology with us. The Defence Procurement Procedure 2016 and its Chapter on Strategic Partnership provides the necessary methodology for such partnerships to flourish”.

Defence Minister Nirmala Sitharaman in a video message conveyed best wishes for the important deliberation at the conclave and informed the gathering she was looking forward to the outcome of the conclave, the statement further said.

The conclave, the 2nd in the series that began in 2016, was designed to facilitate productive engagement between users in foreign countries, defence stakeholders and analysts, ministry of defence had said in a statement earlier. The representatives of Indian companies like Solar, Zen, Mazagon Docks, Ordnance Factories Board (OFB), Larsen & Toubro Defence, Tata Advanced Systems, Bharat Forge and Foreign OEMs including Boeing, SAAB, Thales and BAE also spoke on the occasion.