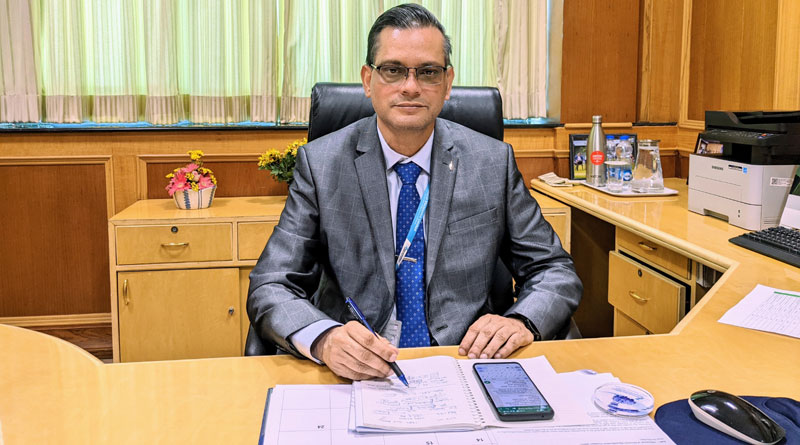 Manoj Jain took charge as the Director (R&D) of Defence PSU Bharat Electronics Limited (BEL) on 26 September 2022. He was General Manager of the Electronic Warfare & Avionics SBU at BEL’s Bangalore Complex prior to his elevation.

Manoj Jain joined BEL in August 1991 as Probationary Engineer after completing his BE (Electronics) from REC Jaipur (MNIT) with a Gold medal. In an illustrious career spanning over three decades, he has made significant contributions to the field of Research & Development.

During his initial years in D&E at BEL’s Kotdwara Unit, Jain played a pivotal role in the development of Digital Multiplexers, Cross Connects, CDOT Exchanges and Military Switches. In 1999, he moved to BEL’s Central Research Laboratory in Bangalore and was engaged in the development of technologies for Defence Networks and Network & Bulk Security Solutions. In the area of Radar, one of BEL’s core businesses, he was involved in the development of VeXT, Scan Converter and Display using FPGA.

He served as Chief Scientist of CRL-Bangalore from December 2017 to May 2019, overseeing technological developments in all technical areas. He took over as General Manager of BEL’s Product Development & Innovation Centre (PD&IC) in June 2019. During his two-year stint here, PD&IC developed many new products/sub-systems required for BEL, thus ensuring innovation and value addition, leading to self-reliance.

Jain took over as the General Manager and Head of the Electronic Warfare & Avionics SBU at BEL-Bangalore, in June 2021. Apart from overseeing all the business operations of the SBU, he provided the much-needed vision for this business vertical.