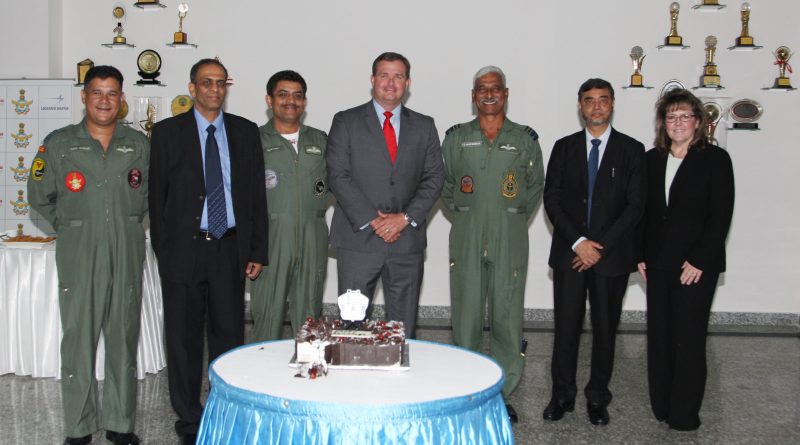 Will help deliver the objectives of the Government of India and the Indian Air Force of building indigenous military capabilities.

Mahindra Defence Systems dedicated its state-of-the-art C-130J Super Hercules simulator training center in service to the nation at a commemorative event at the Air Force base at Hindon on August 30. With a full motion simulator, the C-130J training facility offers complete training solution of training aircrews, who operate the C-130J special operations aircraft acquired from Lockheed Martin in 2011.

“We are delighted to partner with Lockheed Martin in this venture in service to the Nation,” said Group President, Aerospace & Defence Sector, and Chairman, Mahindra Defence Systems S. P. Shukla. He further said, “We believe this will help deliver the objectives of the Government of India and the Indian Air Force of building indigenous military capabilities.  Mahindra Defence Systems, in its endeavor to support the Make in India initiative of the Government of India, is consistently building the ecosystem through similar programs towards a mission ready IAF”.

The center is believed to deliver qualitative and quantitative training to hone the tactical and operational skills of the C-130J pilots, combat system operators and loadmasters to conduct special operations across national and international boundaries. Towards this end, the state-of-the-art full motion simulator offers realistic and holistic learning environment through day and night training scenarios.