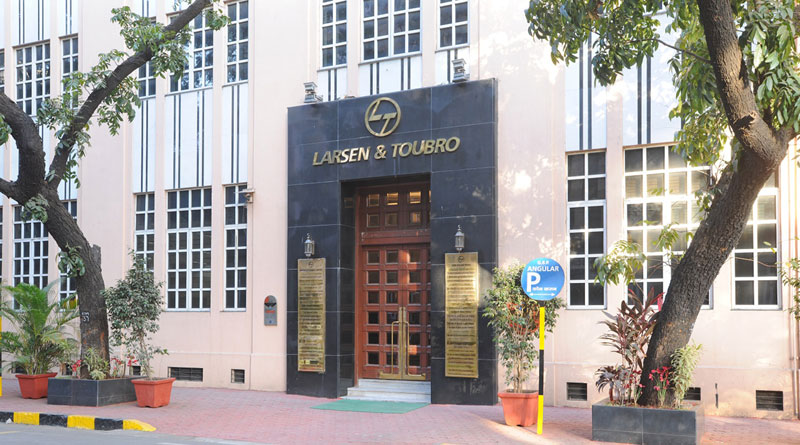 The Order Book of the Segment stood at Rs 9,216 crore as on March 31, 2020, with the international order book constituting 19% of the total Order book

Larsen and Toubro, an engineering major recorded its consolidated gross revenue, from its continuing operations for the financial year 2019-2020 at Rs 1,45,452 crore. The year-on-year growth stood at eight percent. The international revenue recorded was Rs 48, 467 crore, 33 percent of the total revenue.

For the period between January and March 2020, the consolidated gross revenue stood at Rs 44, 245 crore, which recorded a marginal year-on-year increase of 2 percent. The consolidated profit after tax (PAT) from continuing operations for the financial year was recorded at Rs 8,894 crore. The year-on-year growth was at seven percent. The overall PAT at Rs 9, 549 crore including the PAT from discontinued operations for the year grew by seven percent year on year.

For the quarter ended March 31, 2020, overall PAT was registered at Rs 3, 197 crore, a six percent decrease over the profits for similar period last year.

A press note released by L&T stated, “The Company bagged a spate of orders worth Rs 186,356 crore at the group level during the year ended March 31, 2020, registering growth of 9% compared to the previous year even in the face of subdued business environment and economic challenges. International orders during the year at Rs 60,094 crore increased to 32% of the total order inflow, on large value order wins in diverse sectors such as Power Transmission & Distribution, Hydrocarbon, Water Effluent Treatment and Metallurgical and Material Handling business.”

The Order inflow for the quarter ended March 31, 2020 stood at Rs 57,785 crore registering a growth of 5% over the corresponding period of the previous year, with significant orders received in Infrastructure segment.

The Defence Engineering segment received orders worth Rs 2233 crore, representing a decline of 26 percent over the previous year with deferment of awards from the Ministry of Defence. Out of these, the international orders constituted 21 percent of the total order inflow of the segment. During the January-March period, the defence segment recorded order inflow of Rs 1049 crore as on March 31, 2020. There was a year-on-year decline by 10 percent.

L&T Shipbuilding Limited a 100% subsidiary under the Defence Engineering segment, has now been merged with parent Larsen & Toubro Limited after obtaining NCLT approval. With the effective date of 1 April 2019, the financials of L&T are considering the merger impact and accordingly, the previous year figures have been regrouped. This, however, does not have any impact on the group financials, the press note stated.

The EBITDA margin of the segment at 18.2% was higher for the year ended March 31, 2020 as compared to the previous year at 16.2%, mainly with operational efficiencies contributing to improvement.