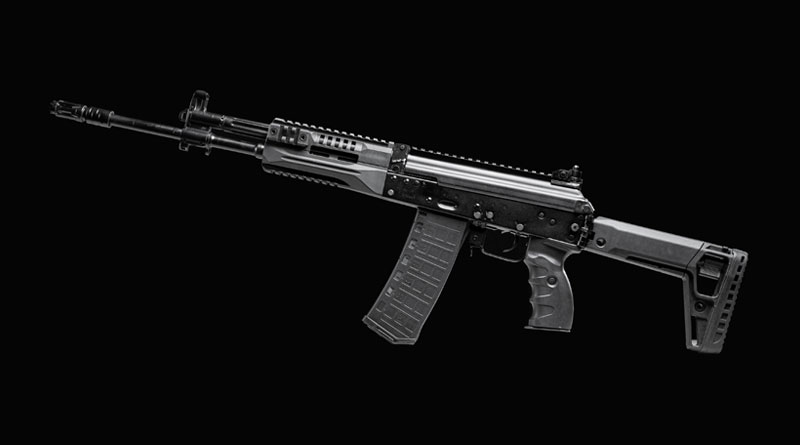 The world premiere of AK-19 will take place at the largest Middle Eastern arms exhibition IDEX-2021, which will be held in Abu Dhabi from 21-25 February.

AK-19 is chambered for 5.56×45 round, one of the most popular rifle rounds in the world, which is currently used by NATO countries. Consequently, this new rifle was developed specifically for the export market.

“We are confident that presentation of AK-19 at IDEX, a large international exhibition will interest foreign customers, and we are already getting the first requests,” said CEO of the Kalashnikov Group, Dmitry Tarasov.

AK-19 is based on AK-12, which was accepted into service by the Russian Armed Forces in 2018. The assault rifle has a Picatinny rail, a new collapsible folding stock, improved aperture sight, and a quick-detachable suppressor.

According to a press note from Kalashnikov, “AK-19 has already caught the attention of some Middle Eastern customers who are using 5.56×45 ammunition. In a hot and humid climate with frequent sandstorms, AK-19 will ensure reliability and effectiveness with minimal maintenance.”