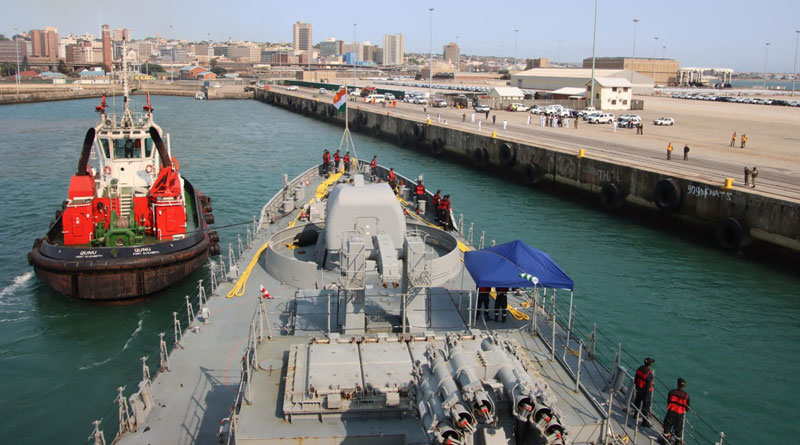 The previous edition of IBSAMAR (IBSAMAR VI) was conducted off Simons Town, South Africa from 1 to 13 October 18.

The Indian Navy is represented by the Teg-class guided missile frigate, INS Tarkash, a Chetak helicopter and the personnel from the Marine Commando Force (MARCOS).