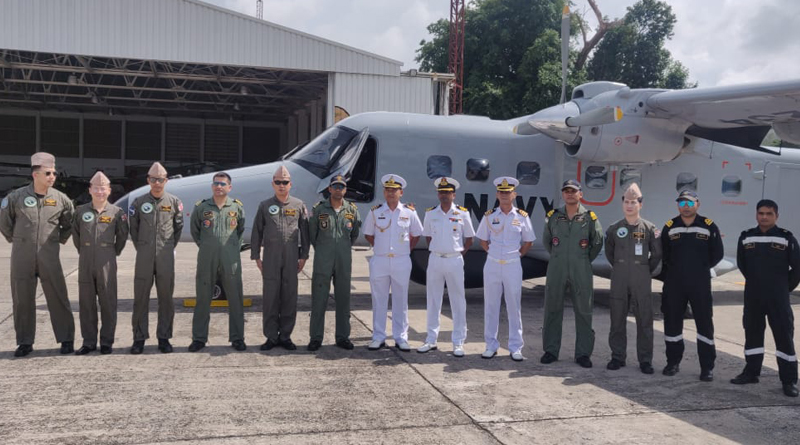 28th edition of India-Thailand Coordinated Patrol (Indo-Thai CORPAT) between the Indian Navy (IN) and the Royal Thai Navy (RTN) is being conducted from 5 to 15 September 2019, an Indian Navy press release announced. The statement said the Indian Naval Ship Kesari and His Majesty’s Thailand Ship (HTMS) Kraburi along with Maritime Patrol Aircraft from both the navies are participating in the CORPAT.

“The Indian Navy ships and aircraft of Andaman and Nicobar Command have been participating in the biannual Coordinated Patrol (CORPAT) with the Royal Thai Navy RTN since 2003. The objectives of the Indo-Thai CORPAT are to ensure effective implementation of United Nations Conventions on Laws of the Sea (UNCLOS) which specify regulations regarding protection and conservation of natural resources, conservation of marine environment, prevention and suppression of illegal, unregulated fishing activity/ drug trafficking/ piracy, exchange of information in prevention of smuggling, illegal immigration and conduct of search and rescue operations at sea,” the statement added.


Indian Navy’s Dornier aircraft along with its aircrew arrived at Bangkok, Thailand on 5 September for single planning conference for the 28th cycle of Indo-Thai CORPAT. Detailed discussions were held towards scheduling and conduct of the CORPAT along with joint exercises between ships/ aircraft of both the navies.

The 28th cycle of Indo-Thai CORPAT is poised to further enhance strong bilateral ties and maritime cooperation between India and Thailand. The CORPAT is truly reflective of the strong desire for a peaceful Indian Ocean safeguarded through good maritime order in the region.