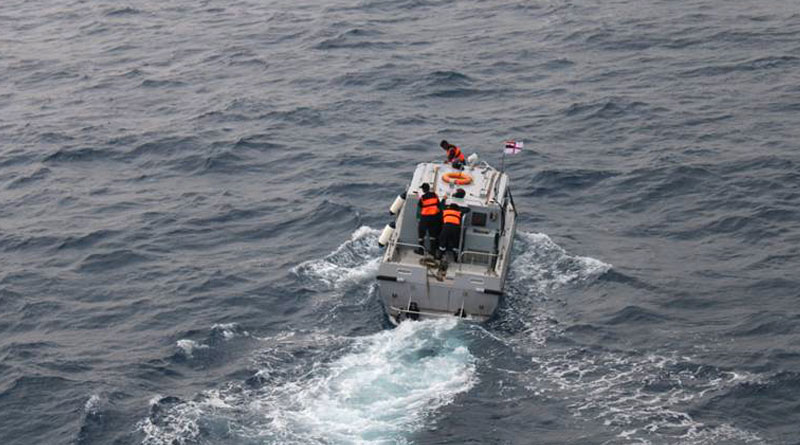 The ship has undertaken several survey activities as part of the Foreign Cooperation Survey along with the Sri Lanka Navy hydrographers over the last ten days.

Ships helicopter was also utilised for the survey operations, the Indian Navy said in a statement.


The Sandhayak class Hydrographic Survey ship, deployed to Sri Lanka based on a mutual agreement, is carrying out detailed hydrographic surveys and several shore-based survey activities over a two-month deployment period.

According to an earlier statement issued by the Indian Navy, as a precursor to the survey operations at sea, several shore-based survey activities were progressed during the ship’s stay in Colombo harbour including familiarisation visit of Sri Lankan personnel on board, briefing on capabilities of the ship, and a Harbour Training Program for the Sri Lankan sailors.