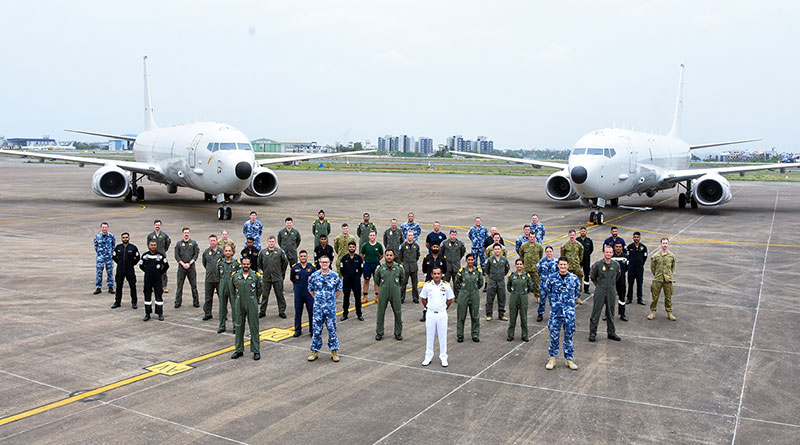 P8A aircraft of the Royal Australian Air Force (RAAF) arrived in Goa on June 6 to undertake coordinated operations with the P8I of the Indian Navy (IN) from June 7 to 9.

The P8I squadron INAS 316 at INS Hansa, Goa will interact with and host the RAAF P8A aircraft. The RAAF P8A and IN P8I aircraft will undertake coordinated operations involving Anti-Submarine Warfare and Surface surveillance from June 7 to 9.