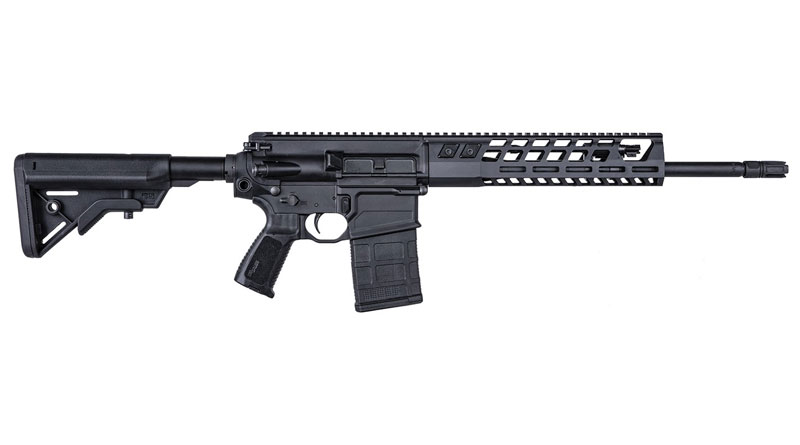 The Indian Army has received the first batch of 10,000 SiG Sauer assault rifles, the 72,400 units of which were ordered from the US firm SiG Sauer for a deal worth Rs 638 crore in February 2019 by the ministry of defence. The induction of the new rifles is expected to boost the army’s efforts in countering terrorist activities in the troubled state of Jammu & Kashmir, and along the borders with Pakistan and China.

The SiG716 fires a larger, more powerful rifle cartridge 7.62x51mm cartridge than the 5.56x45mm intermediate cartridge used by the INSAS, which is being replaced.


Being India’s first major contract for an American infantry weapon, the Army had chosen the SIG716 G2 Patrol, which combines the structure of the earlier SIG 516 assault rifle with a 7.62mm cartridge. The Indian Army went for the SIG716 in September 2018 after a thorough selection process between a number of global weapon manufacturers, the UAE firm Caracal was selected in a contest to supply 93,895 battle carbines. For its Special Forces and Rashtriya Rifles counter-insurgency units, the Army has been inducting a small number of Israeli Tavor TAR-21 5.56mm assault rifles. However, it’s for the first time the army has ensured a large-scale induction of much needed assault rifles for frontline soldiers.

The army is inducting a major chunk of the batch – 66,000, while the Indian Navy will be handed 2,000 and the Indian Air Force will be given 4,000 of these rifles. The inefficient INSAS rifles are being gradually phased out of all units, with the forces expressing their dissatisfaction over the indigenously manufactured rifle. The induction of seven lakh AK-203 assault rifles is also expected to give a major boost to the Indian Army, which are being manufactured under a joint collaboration between the Indian and Russian companies in India’s Uttar Pradesh.