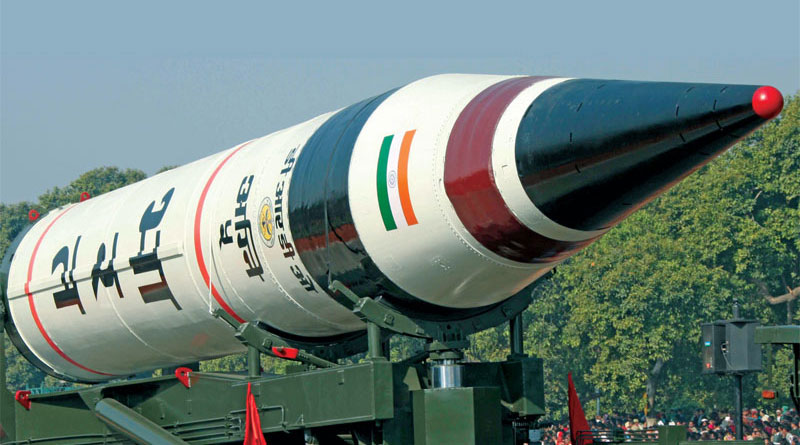 India, on October 27, test-fired the surface-to-surface ballistic Agni-V missile. It has range of up to 5000 km. The initial test of the Agni-V missile was conducted in the year 2012.

“The successful test of Agni-V is in line with India’s stated policy to have credible minimum deterrence that underpins the commitment to ‘No First Use’,” the defence ministry said.

The test-firing was carried out from APJ Abdul Kalam Island in Odisha.

The missile falls in the category of an Intercontinental Ballistic Missile (ICBM). The missile is said to be the ‘bedrock’ of India’s nuclear deterrence.

Agni missiles are long-range, nuclear weapons capable of surface-to-surface ballistic missiles.  Agni-I, the first in the series was developed under the Integrated Guided Missile Development Programme (IGMDP). It came to be tested in 1989. Agni missile program later came to be withdrawn from the IGMDP. It was undertaken separately in terms of developing as well as funding under the defence budget.

Agni-VI is being developed by the DRDO.