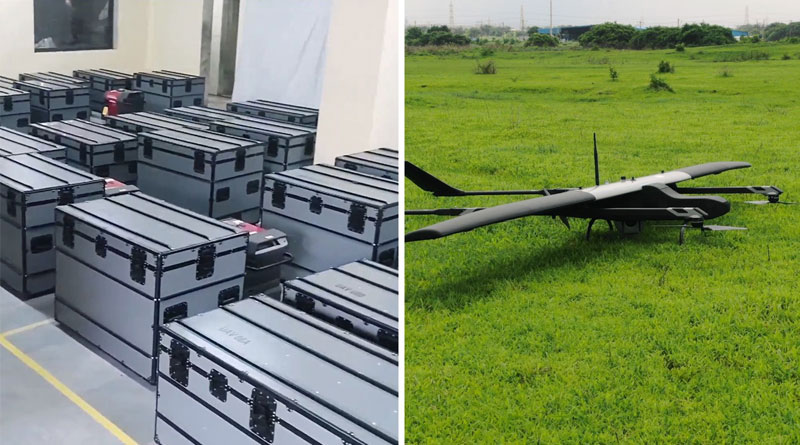 ideaForge has also been given an additional order for the High-Altitude SWITCH UAV by the Indian defence forces. Back in November 2021, ideaForge completed delivery of high-altitude SWITCH UAV to the Indian Army. This marked the on-time execution of the first high-value drone contract received by an Indian firm. ideaForge received the 20 million USD contract after clearing tough field evaluations.

The UAV is a vertical take-off and landing drone that takes off vertically like a helicopter and then transitions into flying like a regular plane even in High Altitudes with low temperatures, high winds and low density of air. SWITCH UAV in that context is a drone that can be carried on the back of a soldier and deployed, with confidence, to act as the eyes-in-the-sky for our forces. Thus, it can help in increasing situational awareness on our borders for ISR missions without necessarily needing our forces to always be in harm’s way both physically and climatically.

ideaForge CEO, Ankit Mehta said, “The additional order of SWITCH UAV is a testament of the class leading capabilities of SWITCH 1.0 exhibited not only during the product trials against a dozen global players but also in the operational environment. We have completed the delivery of the previous order in time and are gearing up to deliver the additional order within the set timelines as well. We are thrilled by the Impact Created by SWITCH UAVs in serving our nation and maintaining the sovereignty of the Indian Territory”.

“We have received deliveries of the SWITCH 1.0 UAVs in time and are eager to strengthen our northern and Eastern borders with swift induction of this force multiplier technology,” said a defence official.