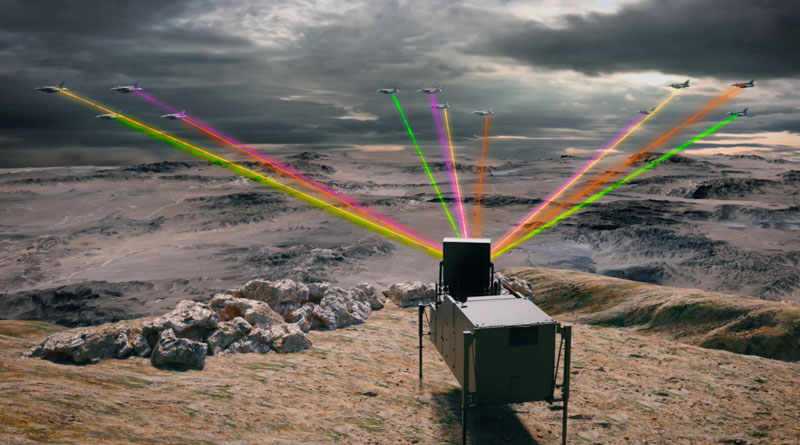 Israel Aerospace Industries (IAI) subsidiary, ELTA will unveil the Training Scorpius (Scorpius-T) system participating in the Blue Flag 2021 military exercise- the first use of the system in an international military exercise.

Scorpius T AESA EW threat simulator can produce an exact RF signature of any system, version, or mode, to simulate full engagement cycles. The system supports multiple simulation beams simultaneously with multiple enemy SAMs and RF systems and can simulate double- and triple-digit threats. The threat database can be updated to mirror emerging threats based on relevant data. Scorpius T can synchronize with other simulators, ADMI or command and control centres. The system includes a post-mission debriefing function to analyse and improve performance.

The Blue Flag exercise brings together some of the strongest air forces in the world for comprehensive and rigorous training and synchronization. IAI understands that practice makes perfect. This is why IAI puts significant research and development into engineering training system that simulate real-world combat scenarios to prepare forces as much as possible. The new Scorpius T is unlike any training system available, providing the user with a mobile combat scenario generator to simulate a full range of combat scenarios with minimal time and cost. In addition, IAI’s flagship OPAL system continues to assist forces in synchronizing data in real time, while EHUD trains the world’s most advanced aircraft to face the most complex battle scenarios.

In addition to Scorpius T, IAI’s OPAL and EHUD systems are participating in Blue Flag 2021.

EHUD AACMI: The Autonomous Air Combat Manoeuvring Instrumentation system is a unique real-time air combat training, debriefing and safety enhancement system for fighter aircraft pilots. EHUD enables live training at a sophisticated level – including the simulated armament firing, real-time hit and miss assessments, and exceptional debriefing capabilities. The EHUD ACMI training system has been in use in the Israeli Air Force (IAF) since 2017. The system also participated in Blue Flag 2019. For the first time, the EHUD system processed data from the Israeli F35I Adir and Italian F35B fighters. In addition, images of moving targets were transferred in real-time to aircraft, along with the effects of air defence launches from real and simulated weapon systems.

Combined with these live-virtual effects, EHUD provided all participants the most realistic, complete combat environment and the best experience they could gain from such exercise.

Successful mission completion is made possible, in part, thanks to IAI’s OPAL system that operates on IAF aircraft. OPAL aggregates, builds, and shares a comprehensive combat picture across participating units, allowing information-sharing in real time. At every point in time each participating platform is fully updated and synchronized with all combat related data. All combat units are immediately updated as new threats are identified. In addition, all combat units are updated as new targets are identified based on data gathered from a range of sensors integrated on each aerial platform, thus allowing synchronized targeting.