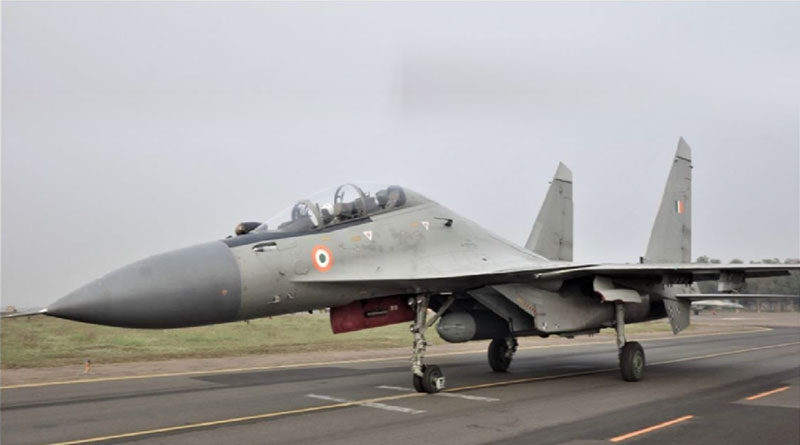 The Indian Air Force on December 29 successfully fired the Extended Range Version of Brahmos Air Launched missile against a Ship Target from a SU-30MKI aircraft. The missile achieved the desired mission objectives in the Bay of Bengal region. With this, IAF has achieved a significant capability boost to carry out precision strikes from SU-30MKI aircraft against land/sea targets over very long ranges.

The extended range capability of the missile coupled with the high performance of the SU-30MKI aircraft gives the IAF a strategic reach and allows it to dominate the future battle fields. “The dedicated and synergetic efforts of the IAF, Indian Navy, DRDO, BAPL and HAL have been instrumental in achieving this feat,” the IAF stated.